ECB-Backed Digital Euro Could See the Light by 2025 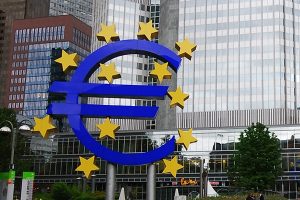 European Central Bank President, Christine Lagarde said the experiments to consider the merits of minting a ‘digital euro’ are going through a complex decision-making process.

In an interview with Bloomberg Television, the ECB chief was keen to emphasize that the Frankfurt institution has not yet decided to issue a central bank digital currency (CBDC).

Following the conclusion of the public consultation and a period of preparatory work, the Eurosystem will decide whether to pursue a formal CBDC project towards mid-2021. In the process, the ECB will analyze 8,000 responses it received, then refers the matter to the European Parliament.

“That will be communicated to the European Parliament which is one of the key players as well as the Commission and the Council with which we operate. We need to make sure that we’re not going to break any system, but to enhance the system,” Lagarde stated on Wednesday.

A Digital Euro in Four Years

Finally, the ECB’s decision-making Governing Council will decide whether to set the project in motion sometime in the middle of this year. If all goes well, the central bank could launch a digital currency by 2025 if European regulators give the project the green light this summer.

“We need to make sure that we do it right – we owe it to the Europeans. The whole process – let’s be realistic about it — will in my view take another four years, maybe a little more,” she added.

An ECB-backed digital currency would revamp the traditional banking system like P2P transactions, machine-to-machine transactions, and better manage exchange rate and interest rate risk thanks to the programmable capabilities of crypto-like currencies.

The launch of a digital euro has been debated for almost two years now, but the bloc countries and its respective regulators are no closer to launching a unified cryptocurrency for its citizens. The European Central Bank said it would start with an investigation phase to decide whether to pursue or abandon plans to issue a digital euro in less than a year.