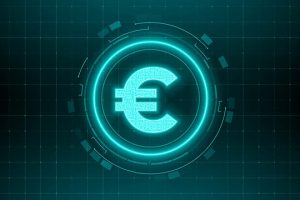 A digital euro could be as much as four years away from a roll-out, with the European Central Bank (ECB) set to take a decision on the matter by the middle of the year, according to a statement from the central bank’s president.

ECB President Christine Lagarde set out the intricate decision making process involved for the bank in an interview with Bloomberg, in which she indicated it may be 2025 before any digital currency would be ready.

The ECB is set to release its report on a recent consultation on the matter, which saw as many as 8,000 responses. The bank’s feedback is to be “communicated to the European Parliament which is one of the key players as well as the Commission and the Council with which we operate,” according to Lagarde.

Following the findings of the consultation, the bank is set to decide whether to commence central bank digital currency (CBDC) trials by the middle of 2021, before holding a further six months to one year practical trial of the technology.

Factoring in the necessary stages of the timeline, Lagarde said she thought it could be at least four years until a digital euro was ready for roll-out.

“The whole process — let’s be realistic about it — will in my view take another four years, maybe a little more. But I would hope we can keep it within four years.”

The remarks come at a time of increasing global competition between central banks racing towards a digital currency launch, with China already the furthest ahead of the major global economies in launching a CBDC.