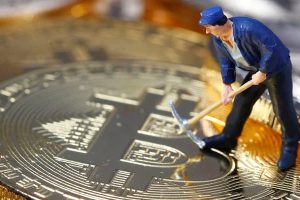 Nayib Bukele, El Salvador President, announced on Friday that the first Bitcoin (BTC) mined with volcanoes had been done successfully. During a series of tweets on his official Twitter handle, Bukele shared a screenshot showing that around 0.00599179 BTC ($269 as of press time) were mined for the first time by volcano-powered energy.

“We’re still testing and installing, but this is officially the first Bitcoin mining from the volcano,” El Salvador President commented. In response to the announcement, Michael Saylor, Microstrategy Founder and CEO, praised the maneuver: “Congratulations. The first million sats is always the hardest.”

Right after he signed the bill to declared Bitcoin a legal tender in El Salvador, Bukele announced the country’s plans to establish geothermal facilities for Bitcoin (BTC) mining in the wake of making the crypto officially a legal tender. In fact, he instructed LaGeo SV, the country’s geothermal electrical company, to go ahead with the project.

“I’ve just instructed the president of LaGeoSV (our state-owned geothermal electric company) to put up a plan to offer facilities for Bitcoin mining with very cheap, 100% clean, 100% renewable, 0 emissions energy from our volcanos,” Bukele said in June.

No Major Details on the Volcano’s Bitcoin Mining Infrastructure

As of press time, the Salvadoran president hasn’t disclosed any details about the number of mining machines allocated for the project. Bukele also had been pursuing an agenda to bolster the crypto industry that attracts foreign investors.

Finance Magnates reported in September that the Central American nation is planning to attract international crypto companies and Bitcoin investors through an exemption on BTC profits. The country will exempt foreign investors from taxes on the capital increase or the income related to Bitcoin.

Today’s announcement on BTC’s mined from volcanos happened in the midst of the crypto market’s rally that sent BTC/USD higher by over 8% and now exchanges hands at around $47,337.