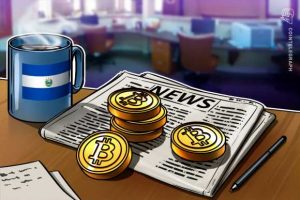 El Salvador introduced BTC as legal tender on September 7, 2021, when its market price was around $50,000. Ever since, Bukele’s government made significant returns on their initial BTC investments as Bitcoin rallied to its all-time high of $69,000, which was redirected to the country’s various infrastructure development initiatives.

However, as tensions rise amid falling BTC prices, Bukele decided to share advice for fellow Bitcoin investors that may be concerned about the prolonged bear market.

Nayib Bukele, the president who helped Bitcoin (BTC) gain legal tender status in El Salvador, addressed the rising concerns of investors as BTC began trading for under $20,000 for the first time in 18 months.

In his tweet, Bukele advised fellow investors to “stop looking at the graph and enjoy life.” He reassured investors about an inevitable comeback, stating that:

“If you invested in #BTC your investment is safe and its value will immensely grow after the bear market. Patience is the key.”

The advice received mixed reactions from the community as many pointed out the fact that El Salvador procured most of its BTC at a much higher price than the current market value. While critics expect BTC and other cryptocurrencies to continue on the downward trend, on-chain analytics signal the oncoming of Bitcoin’s reversal back to its former glory.

Some of the popular suggestions to Bukele from the crypto community amid the bear market include launching the Bitcoin Bonds.

Related: El Salvador ‘has not had any losses’ due to Bitcoin price dive, Finance Minister says

As the world keeps track of El Salvador’s Bitcoin economy, Alejandro Zelaya, the Minister of finance of El Salvador, dismissed allegations about the country losing over $40 million, stating:

“I have said it repeatedly: A supposed loss of 40 million dollars has not occurred because we have not sold the coins.”

In response to a journalist’s question about El Salvador’s reaction to Bitcoin’s sharp dip, Zelaya responded by saying that “There is a clear criticism of Bitcoin as such, not of El Salvador’s strategy.”