El Salvador Ready To Issue $1B In Tokenized Bonds 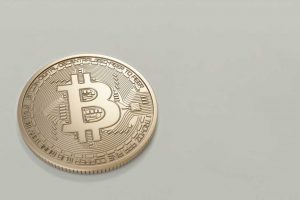 El Salvador, the first country to make Bitcoin (BTC) legal tender in the world, is ready to issue $1 billion in tokenized bonds to further expand the crypto economy in the country. In a recent report shared by Blockstream, they informed that they have been in talks with El Salvador for months to design and model the bonds.

El Salvador to Issue $1 Billion Worth of Bitcoin Bonds

The country wants to expand the mining infrastructure in the region and expand its presence in the cryptocurrency market. In addition, El Salvador is planning to expand its regulatory framework in order for Bitfinex Securities to process the bond issuance.

The official announcement reads as follows:

It is worth taking into consideration that the Bitcoin Bond is expected to have special dividends. These dividends would be generated by the liquidation of Bitcoin. Bondholders are expected to receive dividends for their bonds through Blockstream’s Asset Management Platform (AMP).

Furthermore, the Bitcoin Bond is a new expression of a modern capital market in which financial solutions are launched on top of Bitcoin and layer-2 technologies. In this case, we are talking about a Bitcoin bond that would be launched on the Liquid Network.

In this way, it is possible to attract investment capital from all over the world without having to care about international frictions such as fees, cross-border payments and other types of barriers. Dividends are also going to be distributed to investors instantly using different cryptographic solutions to protect investors’ privacy and confidentiality.

Finally, the bonds would be free to trade on a daily basis (24/7) with other assets such as stablecoins. There are some platforms that do not rely on third-party solutions and that completely operate in a decentralized way.

El Salvador has been the first country in the world to make Bitcoin legal tender. It has also added BTC to its international reserves. Now, Bitcoin is being traded at close to $59,400 according to data shared by CoinGecko.