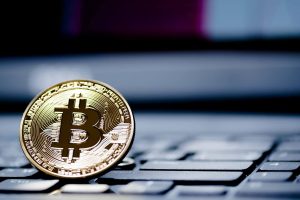 Elon Musk, the CEO of Tesla, has given three reasons why Dogecoin (DOGE) is better than Bitcoin (BTC). During the last few days, there has been a discussion in the crypto community regarding Bitcoin’s energy consumption and Dogecoin’s efficiency. This came after the decision of Tesla to suspend Bitcoin payments for their cars.

In a recent tweet published by Elon Musk, he has given three reasons why Dogecoin is better than Bitcoin. Bitcoin is the largest cryptocurrency in the world in terms of market capitalization, market penetration and security. However, Dogecoin has been growing over the last months reaching very high prices.

In this tweet, Elon Musk wrote that Dogecoin speeds up Bitcoin’s block time by ten times, it increases block size by ten times and it also drops the fees by 100 times. With this analysis, he tries showing that Dogecoin is a much better solution than Bitcoin in many different aspects.

It is worth taking into consideration that Bitcoin transaction fees are high. Nowadays, users that want to send a BTC transaction have to pay more than $20 for it, which is very expensive compared to other digital currencies currently available in the market.

At the same time, without paying the standard or above-market fees, the transaction could get stuck in the Mempool for several days before it gets processed by miners. This happens because Bitcoin is a proof-of-work (PoW) cryptocurrency that requires miners to process transactions.

Dogecoin, despite being a proof-of-work (PoW) network like Bitcoin, is much faster, cheaper and easy to use. Nevertheless, some of the main disadvantages of Dogecoin include its lack of market penetration and its lack of security compared to Bitcoin, which is the most secure crypto in the world.

A few days ago, Tesla wrote a note in which it explained that the decision to stop accepting Bitcoin is related to its energy consumption. Proof-of-work is a consensus algorithm that consumes large amounts of energy to protect the network. Due to this reason, there has been a large number of analysts explaining that Bitcoin consumes large amounts of green energy (from renewable sources).

Indeed, miners have to be as efficient as possible, which pushes investments further in renewable energies to have energy for a lower price. Nevertheless, Elon Musk believes that Bitcoin is having a negative impact on the environment. After the information released, the price of Bitcoin fell below $48,000 for a short period of time.