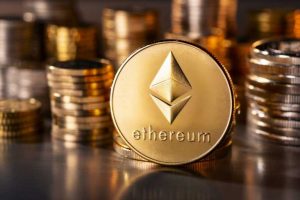 The network activity of Ethereum has jumped substantially since the start of this week amid the price volatility of ETH. Whale Alert, a prominent blockchain tracking and crypto analytics platform, recently highlighted a transaction worth $215 million involving the transfer of 71,191 Ethereum from an unknown wallet.

The mentioned transfer was executed on 22 September at 16:06 UTC. In a separate transaction, a crypto whale account moved 21,587 Ethereum from digital exchange Binance to an unknown wallet. Since the London Hard Fork, Ethereum’s overall whale activity has increased sharply.

The exchange supply ratio of Ethereum saw a jump in the last few days but the overall trend remained negative. The latest data from Santiment shows that some ETH holders dumped the world’s second-largest digital currency during this week’s market volatility.

“During the recent dip, there was an influx of ETH to exchanges, likely indicating that some people have sold off during this dip. Overall, ETH supply on exchanges remains on a downtrend which is a good thing as it alleviates sell pressure. ETH’s Daily Active Addresses remains rather active over the past 6 months, indicating the health of the network is still strong,” Santiment highlighted.

Ethereum’s network upgrade is probably the most important development for the world’s second most valuable digital asset. Since the launch of Beacon Chain in December 2020, the ETH network saw a jump in large transactions. Ethereum whale accounts accelerated the movement and accumulation of ETH since the London Hard Fork in August 2021. On 21 September, a leading ETH whale account moved 75,730 coins to an unknown wallet.