Euronext’s FX Trading Volume Witnesses a Surge of 8.7% in June 2021 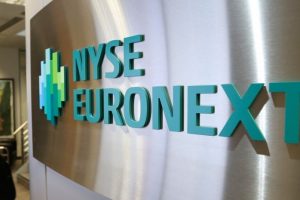 Euronext, a Pan-European trading venue operator, published its trading volume metrics for June 2021 on Wednesday. According to the report, its total number of transactions for the cash market during the period was 67,589,560, falling by -7% on a month-over-month basis, and with a -27% change in a yearly reading.

On the other hand, the average daily volume (ADV) for the same market was 3,072,253, which is down -11% compared with the previous month and -27% on a year-over-year basis. For the fixed income market, its ADV was 819, down -5% on a month-over-month reading and with a substantial decline of -25% compared with the same period last year.

Moving onto the FX market, the total Euronext FX volume for June was $425.73 billion, up 8.7% compared to the previous month, but its year-over-year reading stood negative at -12.2%. Also, its ADV hit $19.35 billion, up 3.8% on a month-over-month basis, and with the exact yearly negative figure as the FX volume had.

The derivatives market also witnessed some negative figures on most of its fronts. For example, total futures lots in June were 8,218,485, which is up 7.1% compared to the previous month, while total options lots were 7,996,299, which had a negative monthly change of -10.4%, according to Euronext. Total ADV for both futures and options were 373,568 and 363,468, respectively.

May Report Saw a Slight Decline in FX Volume