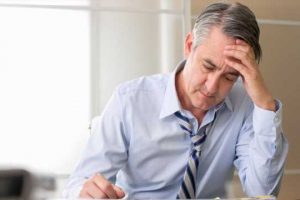 Europe’s banking sector regulator is worried it won’t manage to find the specialized personnel needed for the oversight of the EU’s attempt to regulate the crypto market. The authority is also concerned over the lack of clarity regarding which digital assets it’s supposed to supervise.

Retention of talent for anything crypto-related is a “major concern,” the man who chairs the European Banking Authority (EBA), revealed in an interview. The deficit applies to other areas as well, including technology and digitization, with high demand for specialists across society, the executive added, quoted by the Financial Times.

The Paris-based EBA was established in 2011, after the last financial crisis, to ensure that European banks had enough capital to overcome similar challenges in the future. More recently, it was also tasked to oversee Europe’s bid to regulate cryptocurrencies. It now says it’s also worried about planning for its new powers.

European institutions recently agreed on a draft regulatory framework called Markets in Crypto Assets (MiCA). But the authority won’t know which digital coins, cryptocurrencies used for payments, and stablecoins it has the authority to supervise until close to 2025, when the legislation is expected to come into force, its head indicated.

José Manuel Campa’s comments underscore the difficulties faced by many other organizations trying to catch up with the fast-moving crypto sector. Banking institutions, fintech firms and consultancies have been offering extensive packages to attract those professionals whose skills are in high demand. Record inflation across the eurozone has also driven wage demands up, the report notes.

Salaries at the authority are aligned with those at the European Commission and EBA will not have the freedom to adjust them, Campa admitted. He is also worried that due to the dynamic nature of the crypto sector, regulation may lag behind so he doesn’t know what exactly his agency will be confronted with in two years’ time.

The top EBA official remarked he was not concerned about the reputational risk should the authority make mistakes in overseeing the industry. “My concern is more about making sure the risk we have identified is properly managed. If we don’t do as well as we should have, we’ll have to live with the consequences,” he elaborated.