Expect even more oversight of crypto from regulators, says eToro 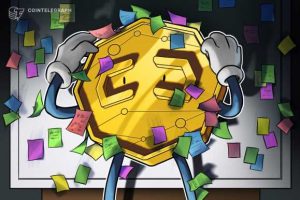 Crypto-friendly trading platform eToro is expecting regulators to ratchet up their oversight of the crypto industry, given the increasingly high levels of participation by retail traders and smaller investors. In comments for the Financial Times, eToro CEO Yoni Assia said:

At the start of this year, eToro had itself struggled to keep up with “unprecedented” demand from crypto traders, with over 380,000 new users opening accounts over the span of 11 days.

Assia’s comments to the United Kingdom’s leading financial newspaper also follow hot on the heels of an intervention by the country’s Financial Conduct Authority, which this week ordered leading crypto exchange Binance to cease all regulated activities in the United Kingdom.

While more regulation is a foregone conclusion, in Assia’s view, he also argued that “the most important thing for regulators is to understand crypto, and understand that it is here to stay.” The eToro CEO has a perspective that spans several different jurisdictions. Based in Israel, almost 70% of eToro’s users are in Europe, and the company now has its sights on the United States, where it hopes to go public following a merger with a special purpose acquisition company.

Crypto literacy is not only key for regulators, Assia said, but traders themselves need to be sober about the risks they are courting in a fast-paced industry. He stated, “An asset that went up 100 per cent can very easily go down 50 per cent. There’s no doubt that if something went up 1,000 per cent it’s very volatile, and you should understand that as part of your portfolio allocation.”

Founded in 2007, eToro has supported Bitcoin (BTC) trading since 2013. Crypto assets reportedly accounted for 16% of its revenue in 2020, and the platform’s number of users was 20.6 million as of the first quarter of this year. In that same quarter, the company saw new registrations hitting the 3-million mark — a major uptick, as during the course of 2020, eToro had onboarded roughly 5 million new users in total.

Assia has previously characterized 2020 as a “big year for stocks” but noted that 2021 has been “dominated by crypto headlines.” Already in late January, he noted that crypto trading volumes on eToro were up more than 25 times compared with the same period last year.

While Assia has attributed likely regulation to increased consumer demand, other industry experts have a different view. Speaking to Cointelegraph earlier this month, Marc Powers, a law professor and former attorney at the Securities and Exchange Commission, said:

“Regulation […] will be primarily for the benefit of the sovereigns and banks, not truly for consumers or investors. As a result, I see a continuation of a dual system, one crypto-owned, used and managed by the people, the other — the traditional financial system, which will eventually offer central bank digital currencies to its population.”