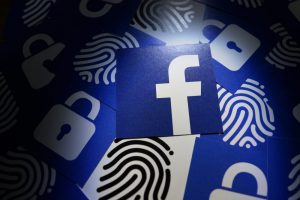 The wallet will remain active until September 1 of this year and then become lost to time. July 20 was the final day that customers still using the wallet (if any) could add to their stashes. The company has already issued a notice to clients that they should withdraw and move their funds to separate wallet systems “as soon as possible.”

Facebook has had one of the most embarrassing crypto rides in the history of the space. As a social media giant, the company has done quite well when it comes to garnering “likes” and attention. Even after the days of the Cambridge Analytica scandal that saw many users’ private information offered up to third parties without their consent or knowledge, Facebook remains as used today as it was ten years ago, but that doesn’t mean it’s going to be successful in every venture it’s attempted, and crypto certainly falls into the gloom and doom category.

Following Cambridge Analytica, Facebook announced that it was going to be entering the crypto space as a way of helping people regain their trust of the social media platform that ultimately failed them. They were going to give people a new way to utilize crypto to make payments for goods and services, and it would all be done through the social media platform’s financial channels.

There were several people that scoffed at this idea. Trust in Facebook was down following the scandal. If the company couldn’t be trusted not to sell information like people’s birthdays or locations, who would be foolish enough to trust their monetary data to the same entity?

It can be argued that Facebook was never quite able to move past Cambridge in this sense. People just never regained full trust of Facebook, and thus the crypto project it had in mind – while it may have been noble at one stage – did not ring bells in people’s minds. Following many attempts to get the system off the ground, Facebook ultimately fell victim to the ongoing committee speculations that occurred, and it appears Novi is finally bidding crypto traders goodbye once and for all.

Will the Firm Still Enter the Crypto Space?

A company spokesperson explained in a recent interview:

We are already leveraging the years spent on building capabilities for Meta overall on blockchain and introducing new products, such as digital collectibles. You can expect to see more from us in the web3 space because we are very optimistic about the value these technologies can bring to people and businesses in the metaverse.

At the time of writing, Facebook has not stated if it plans to enter the crypto space again in the future.