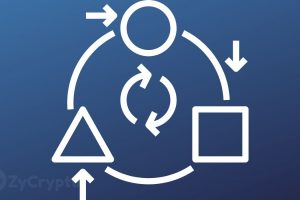 Facebook, the largest social media with over 2 billion people, has seen its attempt at launching a cryptocurrency face a major challenge from regulators in Washington despite the rebrand of the project. Several factors stand in the way of Diem but Facebook’s team remains confident about the project.

Facebook has relied on aggressive lobbying of officials in Washington but it seems that they will need more than that to float Diem, its cryptocurrency project that was formerly known as Libra. Authorities at the Treasury Department are eyeing the move with a measure of skepticism, with the word being that the plan could negatively affect the financial system thanks to Facebook’s enormous user base of over 2 billion accounts. Although Facebook says that Diem is an individual entity, regulators have also shown concern over its “association” with the social network.

Facebook’s plans to launch a stablecoin have also faced hurdles due to its existing controversies. The social network is currently battling an antitrust case by the Federal Trade Commission and is plagued by heightened privacy concern issues. Stablecoins are also a minefield with big wigs like Janet Yellen increasing the calls to beam a regulatory searchlight on them.

A process initiated by Yellen has already been put in motion which involves several agencies like the Federal Deposit Insurance Corporation and the Office of the Comptroller of the Currency. The goal of this process is to “examine issues related to stablecoins and their use as a form of payment.”

Facebook’s Head of Financial, David Marcus went to Washington last week for a session with regulators to make a case for Diem. He noted that Diem had the potential to help individuals without bank accounts and improve financial inclusivity.

Expressing positivity, Marcus noted that “Diem has addressed every legitimate concern that was raised on its journey to design and build a high-quality stablecoin with extensive consumer protections.” He further added that these were done within the US regulatory framework.

Facebook’s long journey to cryptocurrency began in 2019 with the Libra project. After being marred by a barrage of controversy, Libra was rebranded as Diem while the wallet was christened Novi in 2020.

Facebook’s incredible size makes it a big target for regulators. If Diem is successfully launched, it could potentially become one of the largest cryptocurrency projects in the world.