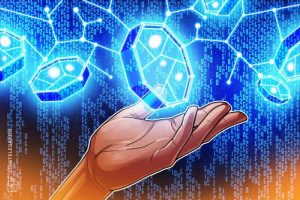 United States Federal Reserve chairman Jerome Powell has spoken out about the expansion of decentralized finance (DeFi) and its impact on the traditional finance ecosystem, calling for appropriate regulation.

During an event titled the “Opportunities and challenges of the tokenisation of finance” hosted by the Banque de France on Sept. 27, Jerome Powell said there were “very significant structural issues around the lack of transparency” in the DeFi ecosystem.

The comments followed those by Bank for International Settlements (BIS) general manager Agustín Carstens who expressed concern over the contrast between DeFi and traditional finance.

Carstens added that the “huge challenge” that they (central bankers and regulators) face is that the DeFi and crypto world is global and borderless.

Powell acknowledged that the interaction between DeFi and the banking system has not been significant from a financial stability viewpoint, limiting the impacts of the “DeFi winter.” However, it demonstrated the weaknesses and work that needs to be done around regulation, he added.

“We need to be very careful about how crypto activities are taken within the regulatory perimeter, where ever they take place […] there is a real need for more appropriate regulation.”

Powell added that as DeFi expands and starts to touch more retail customers, appropriate regulation needs to be in place. The comments suggest that Powell is confident that DeFi will see a great deal of growth in the future despite the current market doldrums.

DeFi total-value locked (TVL) has fallen 71% from its late-December all-time high to around $62 billion according to DefiLlama. The decline is in line with that of cryptocurrency markets which have retreated by a similar percentage.

Related: DeFi Regulations: Where US regulators should draw the line

Major digital asset firms have largely welcomed the Biden administration’s efforts to push for a clearly defined regulatory framework for crypto. However, the wheels of bureaucracy turn slowly in the United States and there is likely to be a lot of deliberation before anything solid is on the table.

The Fed chair also spoke about a U.S. central bank digital currency (CBDC) stating that should one be launched, it would not be anonymous and would include identity verification for users.