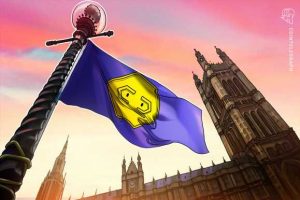 Rishi Sunak, the former Chancellor of the Exchequer, and Liz Truss, Secretary of State for Foreign, Commonwealth and Development Affairs, two of the final candidates to become the next prime minister for the United Kingdom, have both previously expressed pro-crypto views.

With Prime Minister Boris Johnson soon to be out of office, Sunak and Truss are competing to be the next leader of the Conservative Party and the country, with their views on digital assets likely to influence financial policy. Under Johnson, Sunak requested the country’s Royal Mint create a nonfungible token as part of an effort to make the U.K. a global crypto hub.

A Member of Parliament who served as chancellor from 2020 until resigning in July, Sunak previously said the U.K. government would prioritize financial technology including central bank digital currencies and stablecoins, aiming for the country to keep pace with innovation. He has also been behind many proposed financial services reforms promoting the adoption of cryptocurrencies and stablecoins.

Truss, who has been the Secretary of State for Foreign, Commonwealth and Development Affairs since 2021 and Minister for Women and Equalities since 2019, serving under three prime ministers, called for an anti-regulatory approach to crypto in 2018 in an effort for the U.K. to embrace the technology. In her role as Secretary of State for International Trade, the MP launched a digital trade network in 2020 whose measures included promoting fintech firms that “enable[d] digitisation and resilience in priority export markets.”

Amid Johnson’s expected departure, policy decisions have continued to move forward in the United Kingdom. Nadhim Zahawi, who replaced Sunak as Chancellor of the Exchequer, introduced a Financial Services and Markets Bill on July 20 which contained a regulatory framework for stablecoins. The Treasury Committee of the House of Commons also opened an inquiry allowing U.K. residents to write in about the role of crypto assets in the country.

The Conservative Party is expected to decide between Sunak and Truss as the next leader by Sept. 5, at which point Johnson will officially step down. On Tuesday, the two candidates took part in a televised debate which was cut short after moderator Kate McCann fainted while on air.