Financial Manager Pascal Blanque Is No Fan of BTC 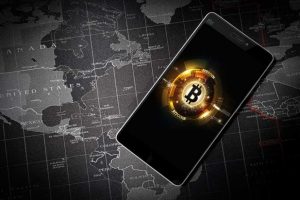 Bitcoin is popular, but it is not loved by everyone. One of the cryptocurrency’s latest doubters comes in the form of Pascal Blanque – the CIO of Amundi, which is the second largest asset manager in Europe – who in a recent interview, referred to the world’s primary digital asset as a “farce.”

At a conference, Blanque called out bitcoin for being a disruptive tool in the world of finance. He says all it has done is make central banks feel more pressure to do everything digitally, and he casts doubt on whether the asset has truly accomplished anything since its inception 12 years ago. He stated:

Bitcoin will be remembered for pushing central banks to adopt digital money.

Adding to his comments, Blanque stated that regulators will eventually fully step in and try their best to regulate cryptocurrencies in every way possible, and that traders and investors should not get too comfortable as a result.

Since the conference, Amundi has put out a statement backing Blanque’s words. The statement reads:

As of today, cryptocurrencies (CCs) cannot be considered a form of money as they are neither a proven store of value, nor a recognized unit of account and even less a universal means of payment. CCs have no real economic underlying asset and therefore there is no valuation model. A fully decentralized and disintermediated CC system could enable the development of global payment systems that are faster, cheaper and more inclusive than current payment systems.

Given how badly bitcoin and other forms of crypto have crashed in recent weeks, countries and financial authorities have tried excessively hard to prevent largescale investors from jumping into the space. Justifying its recent hard stance on bitcoin mining and related activities, for example, the People’s Bank of China – in a joint statement with the China Insurance and Banking Commission – explained:

Prices of cryptocurrencies have skyrocketed and plummeted recently, and speculative trading has bounced back. This seriously harms the safety of people’s property and disturbs normal economic and financial orders.

Still Many Barricades to Overcome

More opposition comes from Europe in the form of the U.K.’s Financial Conduct Authority (FCA), which announced earlier in the week that many crypto exchanges and related businesses in the country have failed to meet standards designed to prevent money laundering and similar crimes. The agency said:

Francis Suarez – the mayor of Miami who has discussed making bitcoin a viable payment option within the city – has said he is currently holding off on these plans, as bitcoin is still exhibiting extremely high volatility, which in the end will “probably need to work itself out.”