Home » Crypto » ForexCT to Pay $20 Million in Penalties, Liquidators Reach Out to Clients

ForexCT to Pay $20 Million in Penalties, Liquidators Reach Out to Clients 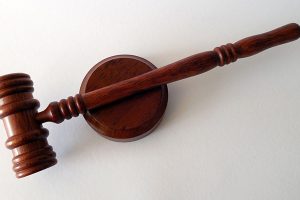 FTI Consulting, the liquidators of Forex Capital Trading (ForexCT), has informed its 8,600 clients that they can claim against the company for losses due to its actions. According to Financial Review, Forex Capital Trading was found guilty of unconscionable systemic conduct that resulted in a $400,000 fine and a 10-year corporate ban to Shlomo Yoshai, its sole director.

As a result of the decision, the firm was ordered to pay $20 million to the corporate regulator that brought the action against the trading company. In 2019, ForexCT got its operation license canceled following a raid conducted by the Australian Federal Police. However, Financial Review says that the penalty may go unpaid due to the current ForexCT’s cash balance, quoting observers familiar with the matter.

In a statement, ForexCT liquidators said: “We had a duty to ascertain any debts owed by the company or potential future claims against it- After reviewing the judgment, FTI Consulting has proactively determined that former clients of Forex may have claims against Forex for their investment losses, given the findings of the court.”

As of press time, FTI Consulting has received 800 responses, and Financial Review highlighted that gross client losses from the firm accounted for $141.86 million. Moreover, its realized profits hit $64.26 million, and net realized losses were $77.62 million. In a first instance, ForexCT was expected to face a maximum penalty of $70 million, but the Australian Securities and Investments Commission (ASIC) told the court that both Yoshai and the trading firm were cooperative during the inquiries.

Last year, in an unrelated case, the US Commodity Futures Trading Commission (CFTC) hit OANDA Corporation with a $500,000 fine for failing to adhere to certain regulations, including failing to meet minimum capital requirements. The charges were that OANDA failed to meet the minimum financial requirements for RFEDs and FCMs and violated the equity withdrawal restriction that resulted from making dividend payments on three occasions.