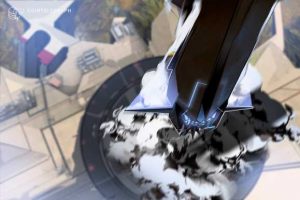 Just a month after the controversial fall of Sam Bankman-Fried’s FTX exchange and 130 affiliated companies, a former high-ranking executive is reportedly seeking out investors to launch a crypto startup.

The ex-president of FTX US, Brett Harrison, is on the lookout for $6 million in funding to launch a start-up that would build crypto trading software for big investors, according to The Information. Harrison’s funding round would be against a $60 million valuation.

On Sept. 27, Harrison announced his plans to step down as the president of FTX US as he moved into an advisory role — over a month before the infamous fall of FTX. As a result, the entrepreneur was not immediately accused of having direct involvement in misappropriating users’ funds.

However, after the FTX crash, Harrison, too, claimed to be “surprised and saddened” by what SBF and his accomplices were able to achieve through deception. Following FTX’s crash, a hacker managed to gain access to a part of the the exhange’s funds and has been actively trying to syphon the stolen funds.

Most recently, the FTX hacker was found transfering a portion of stolen funds to OKX after using Bitcoin (BTC) mixer.

FTX Japan, one of 134 companies caught up in FTX’s bankruptcy proceedings but has been drafting a plan to return client funds.

On Dec. 1, FTX Japan confirmed that the user assets were seperate from the exchange’s assets, as mandated by Japanese regulations.

Currently, FTX Japan claims its primary focus is to re-enable withdrawals and is reportedly aiming to do so by the end of 2022.