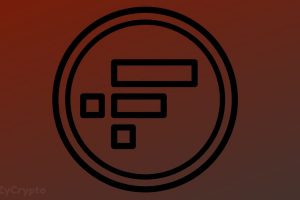 After the tragic incidents that followed FTX over the last week, the firm’s founder might be plotting a return to the industry, but there is a lot of room for failure.

In a Twitter thread, Sam Bankman-Fried dropped hints that he is mulling over the prospects of resurrecting FTX from the dead. He stated that one of the options on the cards was for him to attempt to raise liquidity and start afresh on a clean slate.

He disclosed that all was well with FTX only a few weeks ago as the firm was handling transactions in excess of 10 billion per day but overleveraging was the reason for the implosion. Bankman-Fried noted that it led to a run on the bank and the ensuing crash exhausted the firm’s liquidity.

“So what can I try to do? Raise liquidity, make customers whole, and restart,” said Bankman-Fried. “Maybe I’ll fail. Maybe I won’t get anything more for customers than what’s already there. But all I can do is try. I’ve failed enough for the month. And part of me thinks I might get somewhere.”

Bankman-Fried might not be starting from zero, as a recent financial disclosure reveals that his firms have around $17 billion worth of assets. However, only $8 billion are liquid, while $5.5 billion are semi-liquid, with $3.5 billion of the amount being illiquid.

No room for return

Bankman-Fried’s plans to make a return have been met with widespread criticisms throughout the ecosystem. Leading the charge for critics is Binance founder Changpeng Zhao who thinks it will be a near-impossible task for FTX CEO to make a return.

“There are honest mistakes you can recover from,” said Zhao. “But once your credibility is gone, you are done.”

Other critics have outrightly called for his arrest, while others have described his attempts for a return to the space as a joke.

The previous attempt to raise liquidity through a Binance acquisition fell through as a result of red flags discovered during due diligence. Justin Sun, the founder of Tron, made a bold claim that his firm will attempt to “resuscitate and return normalcy for all FTX users” as he has entered into talks with the beleaguered firm to “initiate a pathway forward.”