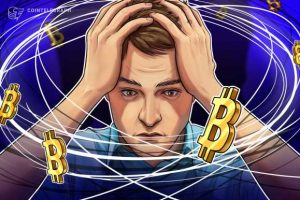 Wall Street investment bank Goldman Sachs has made another U-turn on its stance toward Bitcoin as it struggles to define the asset’s investment status.

The investment bank flip-flopped again in its approach to cryptocurrencies with a report issued earlier this week that claims  they are not a “viable investment”.

The report, titled “Digital Assets: Beauty Is Not in the Eye of the Beholder”, concluded Bitcoin is not “a long-term store of value or an investable asset class”.

This contradicts their May 21 report titled “Crypto: A New Asset Class?” which was largely positive about the idea and even featured Matthew McDermot, global head of digital assets at Goldman Sachs, saying:

That in turn, was a repudiation of another Goldman Sachs presentation last year where different analysts from the bank provided five reasons that Bitcoin was not an asset class suitable for investmen.

In the new report, the bank’s Investment Strategy Group stated it wanted to play it safe with regards to cryptocurrency. “We have refrained from repeating the positive and negative hype that surrounds this ecosystem because we do not want clients to be seesawed, even swayed by a cacophony of assertions, many of them unsubstantiated,” the report said.

It went on to state that Bitcoin was not “digital gold” — but in any case, gold itself was not a reliable store of value:

The report also suggested that blockchains themselves are untrustworthy, concluding that cryptocurrencies and blockchain technology are “built on layers of trust that could be eroded.”

“After analyzing various valuation methodologies and applying our multi-factor strategic asset allocation model, we have concluded that cryptocurrencies are not a viable investment for our clients’ diversified portfolios.”

Clearly there are divisions in the bank about its approach to cryptocurrency. In May, Goldman Sachs led a $15 million investment round for blockchain analytics firm Coin Metrics.

On Monday, June 14, it was reported that McDermott confirmed that the investment bank was expanding its crypto trading desk to include Ethereum options and futures.