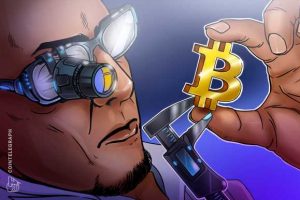 As Bloomberg reports, strategists led by Nikolas Panigirtzoglou believe Bitcoin could lose its luster over the short-term unless it can “break out” above $40,000. The flagship cryptocurrency breached that key level on two occasions this month, once in the lead-up to new all-time highs near $42,000 and the other just last week.

The strategists determined that the Grayscale Bitcoin Trust, which currently has $23 billion in assets under management, will play a crucial role in whether BTC returns to that level or not.

“The flow into the Grayscale Bitcoin Trust would likely need to sustain its US$100 million per day pace over the coming days and weeks for such a breakout to occur.”

If BTC fails to re-take $40,000, trend-following traders “could propagate the past week’s correction,” the analysts said. That means the path of least resistance could be lower.

Since breaching $20,000 in December, the Bitcoin price more than doubled in just three weeks. The digital currency has been rangebound in recent weeks as traders look for the next major catalyst.