Home » Crypto » Haram! Over 230 Million Muslims Told To Stay Away From Cryptocurrency Until…

Haram! Over 230 Million Muslims Told To Stay Away From Cryptocurrency Until… 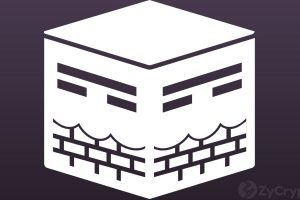 Indonesia’s umbrella Muslim council — The Indonesian Ulema Council (MUI) — has passed a vote of no approval on cryptocurrency for all religious faithful in the country. The body which wields significant influence over close to a quarter of a billion Muslims residing in the world’s fourth most populous nation, gave the instruction on Thursday, through Asrorun Niam Sholeh, the current Fatwa head of religious decrees. Asrorun was quoted as saying:

“The results of deliberations determined the use of cryptocurrencies was haram as currency bec it contained gharar, dharar, and was contrary to law number 7 of 2011 and Bank of Indonesia regulation number 17 of 2015.”

Asrorun further discredited the idea of trading digital tokens and commodities, stating that the absence of physical structure, relatively stable value and general uncertainty makes cryptocurrency more harmful than helpful — much more like gambling, according to CNN reports.

The MUI holds significant influence over the decisions of an Indonesian government dominated by politicians and policymakers that identify as Muslims. With the latest release, observers anticipate a drawback from willing investors and a drastic decline in the usage of Bitcoin and other cryptocurrencies which contributed over 65 trillion rupiah ($4.5billion) throughout 2020 and has almost reached a figure six times higher from increasing activities in the current year.

Indonesia’s religious stand against crypto comes in sharp contrast with many other Muslim countries like the UAE and Bahrain which have kept their cities more open and crypto-friendly over the last few years. Even Saudi Arabia, which had earlier expressed some resentment for crypto-related activities back in 2020, has now joined forces with the UAE to attract more investors and make both countries the bastion of blockchain technology in the Middle East. The UAE is already on the last lap of finalizing its crypto regulations and has already given a good number of crypto exchange service providers permission to carry out business within its shores.

Asrorun, however, left a ray of hope after he stated that the MUI would only give a thumbs up to cryptocurrencies and digital assets once it begins to make efforts to change and conform to the dictates of sharia law —  which means having clearly stated benefits, relative stability, and a connection to a tangible backbone asset.

At present, Crypto is still a major component of the activities of Indonesian financial sectors and is still being exchanged at the country’s futures and commodities market. Jakarta has an active 7.4 million crypto users.