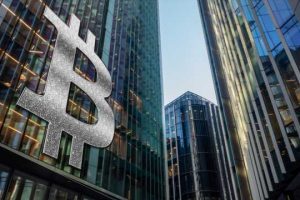 Hedge funds are likely to significantly increase their crypto holdings, a global poll of chief financial officers has indicated. According to an average figure based on their forecasts, the funds will keep more than 7% of assets in cryptocurrency within the next five years.

The survey, conducted among 100 CFOs around the world, signals that the hedge funds are planning to markedly expand their exposure to cryptocurrencies by 2026. Reuters described the poll results as a major vote of confidence for digital assets, one that comes after the recent market decline and amid plans for stricter capital regulations. The executives believe their funds will hold 7.2% of all assets in cryptocurrency five years from now, or around $312 billion based on estimates for the size of the industry, fund administrator Intertrust detailed. And while this is the average forecast of the sample, 17% of the respondents shared higher expectations, stating that the hedge funds will probably manage more than 10% in crypto.

Precise data about the sector’s current crypto holdings is not available right now but the report notes that several big names in the industry have already committed certain amounts to digital assets. Investments have been motivated by the rising cryptocurrency prices in the past year and “market inefficiencies that they can arbitrage,” the article elaborates.

While most traditional asset managers remain skeptical about cryptocurrencies, mainly citing their high volatility and uncertain future, the hedge fund survey shows a growing enthusiasm. According to David Miller, Executive Director at Quilter Cheviot Investment Management, hedge funds “are well aware not only of the risks but also the long-term potential” of crypto assets. Among those that have already invested in crypto includes firms like Man Group which trades bitcoin futures through its AHL unit and Renaissance Technologies which announced last year that its Medallion fund could buy futures contracts as well. Reuters also reminds that hedge fund manager Paul Tudor Jones, Brevan Howard, and Skybridge Capital have invested some funds into crypto too.

The hedge funds in the Intertrust survey manage an average of $7.2 billion in assets. The price of bitcoin (BTC), the crypto with the largest market cap, rose to a record high of over $63,000 earlier this year but has since dropped to around $40,000 per coin. At the same time, it remains unclear how upcoming regulations will affect the global crypto space and ultimately the valuation of most digital currencies that exist today.

What are your expectations regarding the future involvement of hedge funds in the crypto market? Tell us in the comments section below.