Home » Crypto » Here’s why BTC is worthless, as explained by Kurt Wuckert Jr. on Stocks and Coffee with Didi show

Here’s why BTC is worthless, as explained by Kurt Wuckert Jr. on Stocks and Coffee with Didi show 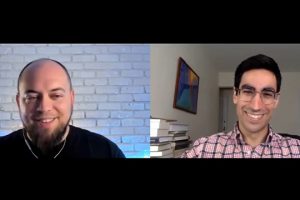 What brought Kurt and Levy together was a recent video Levy created that addressed Nasim Taleb’s recent paper on BTC titled “Bitcoin, Currencies, and Fragility,” which many people are calling the ‘Bitcoin Black Paper.’ The interview between Kurt and Levy begins with the two discussing Taleb’s paper and the elements within it that individuals should pay close attention to.

“He jumps into explaining the protocol, how does it work as a network, how does it work in regard to game theory, how do the network economics incentivize actors to secure the network itself, how does it create money, what are the results of what it creates, what are the long tail predictions about what is created at the end of this thing, it’s a very thoughtful paper,” Kurt said, explaining how block size can limit the utility of a coin, and the continually declining usefulness of BTC.

“If you look at BTC over time, it has actually lost utility over the last several years, it has become less useful, it is less useful in 2021 than it was in say 2015,” he added.

Kurt and Levy also talked about the mechanics of the BTC network and why they are damaging to its usefulness before the discussion moved into mining and the effect that miners have on the price of digital currency. The two also discussed the Lightning network, El Salvador’s decision to accept BTC as legal tender, the threats BTC faces that could drag the network down, and where investors should be looking.

Kurt wraps up the episode by telling the audience why he supports BSV:

“I have been a big blocker before there was a Bitcoin Cash (BCH) or a Bitcoin SV (BSV). In 2015, when it really clicked for me that Bitcoin was not just a payments network, that it was not just peer-to-peer electronic cash, but I realized, oh this Ethereum thing, smart contracts and tokens and all these other things was an innate ability built into the bitcoin protocol.”

“Ethereum doesn’t do anything Bitcoin is not capable of. BTC deprecated those things, but I started to fight for these things in 2015 because it was like, if we are going to have a global network, the global network should be capable of doing everything, much the way the internet is,” he added. “Bitcoin SV specifically is the only network that has re-implemented the entire Bitcoin stack. Let’s forget what everyone else has said for the last decade, let’s look at what Satoshi Nakamoto actually gave us, and let’s implement that and see who builds on it.”

To learn more about Nassim Nicholas Taleb’s recent paper, why the technological aspects of a network matter when it comes to a coins usefulness and utility, why BTC might begin to unwind, and more, you are going to want to watch “Bitcoin Expert Discusses Taleb and The Claim that BTC is Worthless,” featuring Kurt Wuckert Jr.