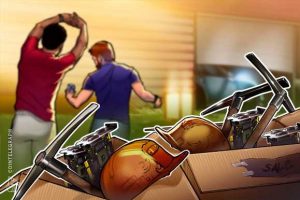 Crypto mining firm HIVE Blockchain Technologies has sold one of its data centers in the Norwegian municipality of Narvik held since 2018.

In an announcement today, HIVE said it had transferred all shares of the firm’s local subsidiary Kolos Norway AS to Narvik in addition to a $200,000 payment. The move came after the Norwegian Parliament approved a bill in November 2018 that would not provide relief to crypto miners on power consumption.

The mining firm said it was “no longer probable that [HIVE] will be able to meet the development conditions” given the legislation in effect since 2019. According to HIVE, the bill effectively reduced the valuation of land development rights from $15 million to zero.

HIVE executive chair Frank Holmes described the sale as “unfortunate” but approved of the community continuing to find uses for the property.

“This deal was made before myself or our CFO had assumed executive duties,” said Holmes. “We are pleased that our management team can now continue to focus on more immediate needs like upgrading our current facilities while expanding existing operations in Sweden, Iceland and Canada.”

A major Ether (ETH) miner, HIVE announced a two-phase expansion for its mining operations in Sweden by more than 20% in the first quarter of 2020. Last March, the firm acquired a new facility in Quebec for $2.8 million, reportedly doubling its global mining capacity at the time.