How Blockchain is Empowering Users to Take Control of Their Data 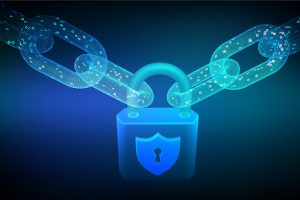 The erosion of our online privacy has been so gradual that by the time we really knew what was happening, it was already too late.

When the Snowden revelations broke in 2014, it felt like it would be a watershed moment, when people rose up against the data harvesting that was now visible for the world to see. Instead, if anything, the situation has become even worse.

Why? Well, consider that the global number of smartphone users has nearly doubled over the last five years alone, with more than 6.3 billion smartphone subscriptions worldwide.

Then consider that we download apps on those smartphones and allow them to track everything we do.

Not just online, where we’re bombarded with ads thanks to the likes of Facebook and Google.

But the tech firms now have open season on our real lives as well. A company like Uber knows when we go out and where we go; it knows what we’ve eaten and how much we spent on the meal.

Using a few data points, it can easily figure out our address, income level, and the likelihood of us having kids.

This data creates a rich source of revenue for these companies, which sell it in “marketing partnerships.” While there may seem like there’s nothing wrong with this, there are several issues with the business model.

Firstly, if someone is going to profit from that data, why should it be a company like Uber? Uber sells our data to companies like Starwood Hotels or American Express, who use it to target their own customers.

While there may be some benefits, as individuals, shouldn’t we choose how our data is used?

Secondly, the big platforms’ business model has become so rampantly focused on profiteering at any cost that it’s actively damaging part of its user base.

Since Uber branched out into food delivery, and many others attempted to replicate its model, and then a global pandemic hit, home meal services have been doing stellar business.

The demand for takeout has provided the platforms with lucrative new sources of data to harvest.

But whereas the average driver or rider can’t do much with their customer data, there’s plenty that a restaurant can do.

They can use it to tailor special offers for their customers or figure out where they could start operating in new markets. But the problem is that none of the platforms want to share their data with the restaurants.

As a result, the thousands of restaurants now signed up to centralized platforms have signed away any ability to leverage their customer data for their own business needs and expansion.

Transforming the Data Model with Blockchain

Blockchain has the potential to transform this business model.

Projects such as the Brave browser, with its Basic Attention Token, empowers users by allowing them to determine who gets to show them advertisements and when, and otherwise allows private, uninterrupted browsing.

Now, other projects are starting to see the similar potential to transform other industries, with similar beneficial effects.

Bistroo is a project funded in the Netherlands, aiming to shake up the business model for food delivery platforms using blockchain.

Based around the BIST token, it allows restaurateurs to list their menus for far lower fees, providing a lower-cost service. Furthermore, restaurateurs get full access to their customer data, along with the means to communicate with them directly.

Even better, Bistroo allows users to decide how and with who they want to share their data.

They can choose to retain their privacy, or if they decide to share data, they can get rewarded for doing so.

Anyone who does choose to share can be sure that they’re helping to support the growth and expansion of their local food operators rather than anonymous centralized platforms.

It seems to be a popular model, as Bistroo launched in 2020 and managed to accrue over 12,000 users and 200 merchants before even launching its token.

BIST is now in circulation, having raised €8 million ($10.9 million) in a token sale in May.

We’ve known for a long time that the current model allowing tech firms to harvest and sell user data isn’t in anyone’s interest but the tech firms. Now, the projects harnessing blockchain are giving us a choice.

Take back control, or live with the fact that centralized companies will continue to make a profit from what’s rightfully ours.