Home » Crypto » If Bitcoin Price breaches this level, an Altcoin season will begin!

If Bitcoin Price breaches this level, an Altcoin season will begin! 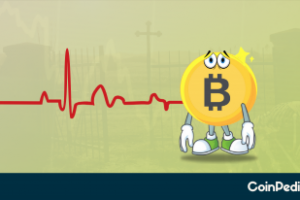 Bitcoin always dominated the crypto markets and held the highest market share. Even at the beginning of 2021, Bitcoin owned a 71 % share of the crypto market, while altcoins (excluding those in top ten) had just 10%. But now the trend has changed. Since then, the percentage has steadily declined, with BTC’s dominance dropping to 40% in late May and altcoins rising to 23%.

Even the altcoins in the top ten have steadily increased their market share. The most notable one is Ethereum, which has continued to grow throughout the course of the year and currently owns over 17.3 %of the market.

Is an Altcoin season due to begin?

The above-stated stats regarding dominance is vital to question and know if an altcoin season will kickstart soon. Now, there is a probability of an alt season, if Bitcoin makes a bullish rebound. This positive reversal would occur if and when the coin continues to surge and maybe breaks through resistance levels.

Popular Analyst Chico Crypto in his recent Youtube video said Bitcoin is following the Wyckoff accumulation pattern. If the price gets back to $50k, it will be a confirmation that the bulls are back and alt season will be back again.

According to him, the breach needed for the altseason to arrive is predicted to happen around July 10 based on the Wyckoff pattern that is now forming. This would be the year’s first altseason.

Some cryptocurrencies have outperformed Bitcoin in terms of price growth and retail investor interest this year. Although the May crash halted their growth, an alt season will make up for it and even propel the tokens to new all-time highs.