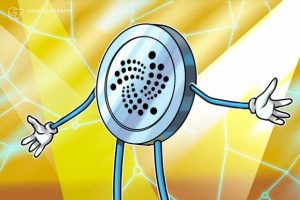 The Iota protocol (MIOTA) is continuing its pivot toward implementing smart contracts with an alpha release of IOTA Smart Contracts Protocol, or ISCP.

As announced on Thursday, the project has released a more stable iteration of its smart contracts platform, which was previously in the pre-alpha stage. The new version signals a higher readiness of the technology, allowing developers to compile and test smart contracts for the first time. The smart contracts are based on Rust and the WebAssembly framework, putting it in a similar development environment as some of the more recent smart contract platforms like Polkadot and Near Protocol.

The overall architecture of the ISCP is also somewhat similar to existing sharding-based projects. The smart contract-enabled chains would act as layer-two environments, validated by Iota’s Tangle, a ledger based on a Directed Acyclic Graph. The validators do not need to verify all chains at once, as the creators of the smart contract chain will directly choose the mechanism for assigning validators. This allows creating both open networks and permissioned enterprise chains, which is a major focus of the Iota project.

The Iota team expects that the alpha release will attract developers who want to build applications in decentralized finance and nonfungible tokens, thus hoping to hitch a ride on recent trends in blockchain. For Iota developers, building new projects won’t be as easy as taking the code of some popular project on Ethereum, a strategy commonly seen on many current Ethereum competitors. Due to the WebAssembly environment, there are few ready-made projects to implement. Still, the Iota project plans to have an environment-agnostic presence, with support for the Ethereum Virtual Machine and its smart contracts being in the immediate roadmap.

The smart contracts alpha is being rolled out in parallel to the GoShimmer testnet, an environment without the Coordinator. A “Mana” module to be released this month would allow to integrate the ISCP chains directly into this Coordinator-free testnet, though in the meantime developers can deploy isolated testnets to develop DApps in an Iota-based environment.

An Iota spokesperson told Cointelegraph that the smart contracts will be an integral part of the upcoming Coordicide completion, which would signal the launch of Iota 2.0:

“The vision of ISCP is to run in production on the fully decentralized IOTA protocol without a Coordinator. That is what we are building for with GoShimmer and we are very confident that we will be able to achieve that this year.”

The alpha smart contracts release signals that the Iota project feels confident about its plans and is looking to grow a developer community around its project. Still, the team will need to work double-time to compensate for the late start in an extremely competitive and somewhat crowded smart contract chain landscape.