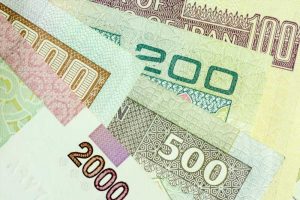 The Iranian authorities continue to press ahead with their plans to develop a national cryptocurrency with the state-led project said to be in its final stages. The digital currency is based on Hyperledger’s Fabric Platform technology, and has been developed by the Iranian technology company Informatics Services Corporation (ISC). The unnamed cryptocurrency will be issued by the Central Bank of Iran (CBI), and developed under a private blockchain infrastructure mechanism and will not be available to be mined any further.

Speculation surrounding the cryptocurrency dates back to the beginning of the year, when Iran’s minister of Information and Communications Technology (ICT) Mohammad-Javad Azari Jahromi publicized the state’s effort towards developing a national digital currency. The government official went on to confirm in May that the crypto initiative was being led by the state-owned Post Bank of Iran, in association with the CBI, and also declared that an experimental model had already been completed.

The blockchain infrastructure will support a digital token and interbank payment instrument and also facilitate everyday retail payments. The authorities hope the cryptocurrency will be used to finalize interbank settlements for both domestic as well as cross-border transactions. Further, the cryptocurrency will be fundamentally pegged to Iran’s national currency, the Rial.

Abolhassan Firouzabadi, secretary of Iran’s Supreme Council of Cyberspace, told the Iranian financial and economic news agency IBENA, that “it is promising and can be used as a financial transaction instrument with Iran’s trade partners and friend countries amid economic pressures through U.S. sanctions.” The State led initiative has been largely motivated by the reality of US sanctions with Mohammad Reza Pourebrahimi, head of the economic committee of Iran’s parliament, announcing to IBENA in May that the national cryptocurrency could pave the way for multilateral currency swap agreements between Iran and any nations that were enthusiastic to enter into economic cooperation with the beleaguered country.

The move towards a national cryptocurrency has been preceded by a general shift in stance from the authorities, which up until recently, refused to recognize cryptocurrency mining as a legal activity, and also maintained a ban on changing the national currency into cryptocurrencies such as Bitcoin alongside restrictions on local banks’ ability to interact with cryptocurrency exchanges.

However, a change in landscape has seen the Iranian authorities soften their stance on mining with Abolhassan Firouzabadi once again speaking to IBENA, revealing that “a decision-making authority will declare the framework and final policies for trade and participation of start-ups and trade activists in the cryptocurrency sphere by the end of September.”

Finally, the decision to legitimize mining was agreed across a range of national public sector organizations, including the Central Bank of Iran, and the Ministries of Economic Affairs and Finance, Industry and Trade, Information and Communications Technology, and Energy.

Iran’s national currency, the Rial, recently fell to a record low against the US Dollar as a result of both resumed and fresh US sanctions. In May of this year, the Trump administration announced that the US would withdraw from the international agreement signed between Iran and six world powers, that sought to ease sanctions on Iran as a result of the country scaling back its nuclear program. This led to a prohibition on the purchase of US Dollars by the Iranian government and also on any purchases of Iranian Rials by US citizens which was enacted in early August, and the resumed US sanctions will come into full effect in November.

The United States Treasury Department, alongside the United Arab Emirates, has sought to disrupt an Iranian currency exchange network that has transferred funds to a number of nefarious actors, with the exchange system thought to have worked with Iran’s central bank. As a result, Valiollah Seif, governor of Iran’s central bank, has been placed on the United States’ global terrorism list along with Ali Tarzali, another senior official at the bank.

This new restrictions are separate from the recently reinstated nuclear sanctions and once US President Donald Trump announced his intention to rescind the nuclear deal, he went on to promise to impose sanctions on any company that does business with Iran. The Treasury secretary, Steven Mnuchin went on to state: “President Trump has been consistent and clear that this Administration is resolved to addressing the totality of Iran’s destabilizing activities. We will continue to work with our allies to build an agreement that is truly in the best interest of our long-term national security.”

While the restrictions make it harder for Iran to do business with foreign entities such as banks and commercial entities, this is not the first the country has been on the receiving end of US financial sanctions, as Iran was barred from banking via the global payments rail SWIFT in 2012. The four year prohibition lasted until former US President Obama’s nuclear accord deal in 2016.

As a result, Iran is gearing up to launch its own state cryptocurrency that authorities hope will be able to circumvent the prevailing economic sanctions and function as both a domestic currency and an international settlement token for global trade and commerce that alleviates the reliance on the global financial system currently dominated by organizations such as SWIFT.

Iran’s drive to develop its own national cryptocurrency follows on from Venezuela’s Petro, an oil-backed digital currency that launched earlier this year, and became the world’s first state backed cryptocurrency. The Petro was unveiled by Venezuelan president Nicolas Maduro last December, introducing it as a way “to overcome the financial blockade” led by the United States.

Just one month after its launch, US President Donald Trump responded by banning all citizens and residents from adopting or trading the Petro in an executive order. The Venezuelan authorities have recently attempted to strengthen their cryptocurrency by making payments for all passport applicants mandatory to be paid using it.