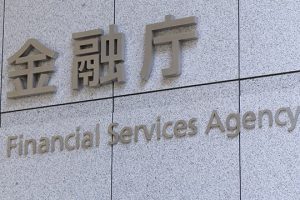 One of the leading digital currency derivatives exchanges in the world has been accused of operating in Japan illegally. Bybit has received a warning from Japan’s financial watchdog for allegedly operating without the necessary registration. This follows a similar warning by the U.K. financial watchdog in February.

Japan’s Financial Services Agency (FCA) said in its warning that Bybit is allowing Japanese residents to register and leverage the exchange, despite not having the proper registration to offer such services in the country.

Bybit is considered to be one of the largest derivatives platforms in the world. According to data by CoinGecko, it’s the fourth largest by 24-hour volume which stood at $10.6 billion.

This is the first time that the FSA is issuing a warning against a digital currency trading platform in over three years. The last time it did this was in 2018 when it issued a similar warning against Binance. In March that year, the FSA accused the Changpeng Zhao-led exchange of offering Japanese residents its services without a license. The FSA ordered Binance to leave the country or face criminal charges. Binance later opened an office in Malta, which had fewer restrictions.

The Tokyo Fintech Publication believes that the latest measure by the FSA comes because it has seen Bybit use aggressive marketing strategies targeting Japanese residents.

Some of the other global leaders in digital currency derivatives have blocked Japanese users from accessing their platform. Deribit, which has the fifth-highest open interest in the derivatives market, is one of these. Japanese users received the message, “Unfortunately Deribit cannot serve customers in your country and you cannot create an account.” A subsequent attempt to register leads the exchange to block your IP address.

While the FSA hasn’t issued a warning to the industry for three years, it’s been less than three months since Bybit received its last warning. The U.K. Financial Conduct Authority issued the warning against Bybit on February 24. A week later, the exchange announced that it was leaving the United Kingdom.

Just as in Japan, Bybit was also accused of operating in the U.K. illegally.