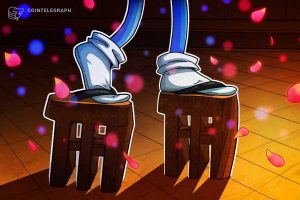 Japan’s new regulations allowing investors to trade using stablecoins like Tether (USDT) are expected to be adopted no later than in June 2023, according to a local financial authority.

The Financial Services Agency (FSA) of Japan is working on lifting the ban on the domestic distribution of stablecoins, planning to allow certain stablecoins later this year.

“This does not mean that all foreign products of so-called ‘stablecoins’ will be allowed without any restriction,” a spokesperson for Japan’s FSA said in a statement to Cointelegraph.

FSA will only allow stablecoins that successfully pass individual checks ensuring that such cryptocurrencies are safe from the viewpoint of user protection, the FSA representative stated. Examples include foreign issuers in their countries being subject to equivalent regulations in Japan, with underlying assets being preserved appropriately, the spokesperson added.

The authority also stressed that there is no chance of knowing whether major stablecoins like Tether (USDT) or USD Coin (USDC) will be allowed. “FSA does not provide any opportunity to access such information before the decision is made,” the representative said.

Japan’s new stablecoin regulations are part of the proposed cabinet orders and cabinet office ordinances on the amendment to the Payment Services Act of 2022. Introduced in December 2022, the new rules aim to establish requirements for electronic payment instruments and develop the related registration procedures.

According to the official data, the FSA will accept public comments regarding the Payment Services Act changes until Jan. 31, 2023.

“It is scheduled to be promulgated and enforced through necessary procedures upon closure of the public comment, therefore, the exact date is not decided yet,” a FSA spokesperson said. FSA noted that the law enforcement deadline is set for early June.

As previously reported, Japan’s parliament passed a bill to ban foreign stablecoins in June 2022, requiring stablecoin issuers to link such cryptocurrencies only to the Japanese yen or another legal tender.

The new legislation, which is expected to take effect in 2023, has apparently impacted many crypto firms as none of the 31 FSA-registered Japanese exchanges have since offered stablecoin operations. Some major crypto exchanges, including Coinbase and Kraken, have recently pulled operations in Japan, citing a weak crypto market.