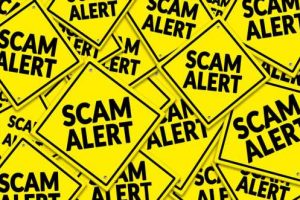 A man in Fayetteville, North Carolina claims to have lost his entire life savings to a cryptocurrency scam. Jaqueall Jackson had as much as $15,000 in crypto saved up but lost it all through a scam investment opportunity he learned about through Facebook.

How Jaqueall Jackson Lost All His Crypto

In an interview, he stated:

That was my entire savings right there. I lost $15,000… I constantly kept getting messages that were getting sent down by people saying the success of this company was tremendous and how much money they were making.

At first, Jackson was hesitant to get involved, though he eventually changed his mind when messaging continued and he kept getting bombarded with suggestions that the company initiating the alleged investment opportunity was doing better than ever. From there, Jackson felt compelled to get involved – an action he’s likely regretting, now.

One of the messages that particularly hit home with him suggested that investing $2,000 in crypto would lead to the investment reaching $20,000 over a 24-hour period. Sadly, this is a tactic that many crypto scammers have used regularly over the past few years that should be considered a major red flag, yet many investors still seem to be taken in by it.

The fact is that crypto is extremely volatile and unpredictable. There is no way to guarantee returns in the crypto space, and as such, many investors should get used to being left to their own devices. Nevertheless, Jackson saw the message and felt intrigued by what he read. He thought to himself:

This is a really good opportunity to get a hold of extra cash by reinvesting my crypto into bitcoin which was supposed to boost my income.

Jackson decided to put all his crypto savings into the company. Not long after, he got a message stating that his investment had surged to a whopping $95,000. However, there was another big red flag. A message was sent to him saying that to claim the money, Jackson would have to forfeit another $14,000. He says:

They said I had to pay another fee of $14,000 in order to actually get my money.

This is when he started to get a bad feeling in the pit of his stomach, as the website advertising the business clearly stated that there were no fees involved with payouts. After getting in touch with the troubleshooting team, they asked him how much money he could afford to pay if $14,000 was too much. This message was full of spelling and grammar errors – more red flags that made Jackson worry.

He is presently still unable to access his funds, claiming:

I exhausted my entire portfolio in no less than a day.

Not long ago, Chainalysis published a report claiming scams in the crypto world have grown tenfold over the past year.