Jerome Powell: If USD Was Digital, BTC Would Vanish 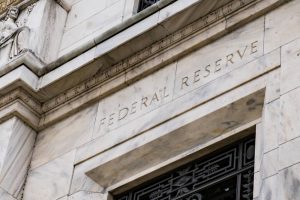 Federal Reserve Chairman Jerome Powell took the stand to discuss bitcoin and other cryptocurrencies with the U.S. Financial Services Committee. He stated to the panel that if the United States had its own digital currency in play, bitcoin would serve no purpose and would ultimately disappear.

He made it clear during the meeting that the United States is looking into the situation, though it is unlikely that any final decisions will be made in the immediate future. The country is still very dependent on the U.S. dollar, and the introduction of the currency in digital form would likely throw a lot of people off. Right now, several other nations – such as China – are working hard to introduce a digital form of their national currencies to people, which means the United States could potentially fall behind when it comes to virtual development.

China has pretty much beaten the entire world to the punch, in this case. Just over a year ago, the country began working on plans to introduce a digital version of the yuan. The currency has since undergone a strict period of study before being entering a recent beta phase.

But to be fair, America has been generally slow when it comes to digital currency adoption. The region was “defeated” in a sense by its neighbor to the north Canada in that the country was the first to unveil both BTC and Ethereum-based exchange-traded funds (ETFs). Despite years of the Securities and Exchange Commission (SEC) in the U.S. discussing and watching crypto ETF applications go in and out of its offices, it looks like Canada was the first to take serious action. In addition, several bitcoin ETF-like products have been available in Europe for years.

The Fed has since announced that it will be publishing a report this September regarding the benefits, risks, and other considerations that must be taken into play when it comes to initiating some form of national digital currency. Discussing all of what the report will discuss, Powell said the following:

That whole group of issues and payment mechanisms, which we think are at a critical point, in terms of appropriate regulations and in the case of the CBDC [central bank digital currency], laying out really, questions for the public to respond to about what good it can do, what the cost and benefits of it would be.

USD Is Still Tough as Nails

Still, he was adamant to suggest that the U.S. dollar remains as strong as ever, and is not likely to face any incoming competition from such an asset:

The U.S. is the reserve currency.