Kazakhstan shuts down over 100 illegal BTC miners in latest crackdown 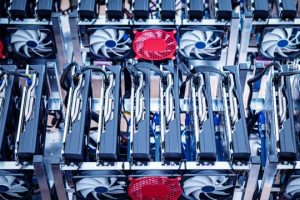 Kazakhstan has shut down over 100 illegal block reward mining operations in its latest crackdown. Kazakh authorities announced that about half the illicit miners voluntarily chose to shut down in adherence to government directives, with the other half being forced to halt operations.

Kazakhstan is the world’s second-largest block reward mining hub, ranking only behind the United States. By the end of 2021, it was contributing about 18% of the BTC hash rate, ahead of third-placed Russia which accounted for 11% of the hash rate.

However, the rise in block reward mining has led to an equally large faction of illicit miners. The Kazakh government has been fighting to stamp these miners out of the Central Asian nation.

This week, the country’s Financial Monitoring Agency announced that it had taken a significant step towards its goal of ridding the country of illegal miners. As per its statement, it had cracked down on 51 illegal miners who have now been forced to shut down operations.

In addition, 55 other illegal miners had voluntarily shut down.

The culprits were all forced to freeze their block reward mining activities, dismantle their mining rigs, and remove them from their places of deployment.

The agency claims that the illicit miners were guilty of a diverse set of crimes, including a number who had placed their equipment in special economic zones without authorization, using subsidized energy meant for industrial production. It accused others of tax and customs evasion and others of operating mining farms without licensing.

The agency said it had seized over 65,000 pieces of mining equipment, worth an estimated 100 billion tenge ($195 million). It had also opened 25 criminal cases against the culprits.

According to the country’s national grid operator, the nationwide electricity consumption had gone down by 600 MWh following the shutdowns.

The crackdown is the latest action by the Kazakh government against illegal miners. However, the country hasn’t been as favorable to the legal miners as it once was when it welcomed miners fleeing from the harsh Chinese crackdown.

In the past year, miners have increasingly faced blackouts, which they are then blamed for and could soon be paying 500% higher in energy taxes should a proposal by the government sail through.

As one mining firm executive revealed, the country’s grid operator has been increasingly cutting them off from the grid, with no sign of when things might change.

Speaking to Rest of the World, Aibolat Balgozhin, the chief power engineer for a block reward mining farm based in northern Kazakhstan stated, “We have not been able to operate properly since October 13, when the first power cuts hit us. And we are kept in the dark as to when we would be able to work at full capacity or what solutions the power grid operator, KEGOC, is going to come up with.”

The situation is made worse by the blame game between the government, the white miners and the grey miners. White miners, who are licensed to operate, have blamed the unlicensed rogue miners who some estimates consume twice the energy of their licensed peers. The government has been blaming both sets of miners, claiming they are behind the surge in electricity demand in the past year.

However, some experts have pointed to the crumbling power infrastructure in the country as the main cause of rising blackouts. This Soviet era infrastructure, coupled with corruption in the highest levels of government that derails structural progress, has seen Kazakhstan experience blackouts so frequently that they no longer make headlines.

Aset Nauryzbayev, the former chair of grid operator KEGOC, commented, “Our Energy Ministry is capable of only scheming, not doing systemic work. It is an omission by the Energy Ministry, which has failed to foresee the problems in the country’s power engineering sector and build new capacities. It now needs to add an additional 2–3 gigawatts of power capacity.”