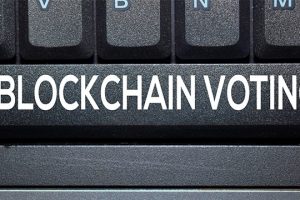 Kenya has been one of the biggest adopters of digital currencies in Africa, eclipsing South Africa to rank as the second-largest digital currency market in the continent after Nigeria. Blockchain adoption, on the other hand, isn’t as high. There are startups using it to transform transport, land registration and agriculture, but it has yet to cement its position in the country’s economy.

However, Abonyo said blockchain should be adopted by the East African country in its electoral system.

Abonyo, who has been nominated as a commissioner for the Independent Electoral and Boundaries Commission, was speaking during a panel hearing vetting the nominees. He stated that one of the immediate benefits of blockchain voting is the reduced costs in the electoral process.

Aside from cutting costs, blockchain would enhance the country’s efforts to move to electronic voting. Kenya currently relies fully on paper ballots, except for citizens living abroad whose votes are tallied electronically. While the government has outlined its plan to integrate electronic voting, no concrete moves have been made yet.

Blockchain voting would also offer greater security and transparency, Abonyo stated, as reported by local paper The Star. His call comes as Kenya prepares for a general election in 2022 that already has the country divided along political and ethnic lines.

Elections in Kenya have been a touchy subject. In the past three decades, only one election has been held without any major allegations of election interference and vote rigging, back in 2002. These allegations hit fever pitch in 2007 when, after one faction claimed to have been rigged out, post-election violence broke out, leading to the death of over 1,000 people and displacement of over 350,000.