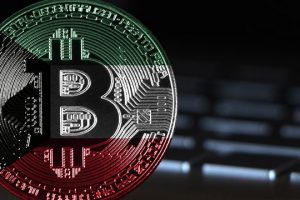 The warning by the CBK was part of its Diraya campaign, which translates to ‘Be Aware Campaign.’ The apex bank has partnered in this campaign with the Kuwait Banking Association and all Kuwaiti banks to raise financial awareness in the country.

Acknowledging the spike in popularity of digital assets, the bank warned “that such assets can in no way be compared to real currency.” ‘Real currency’ is issued by a monetary authority and is a symbol of sovereignty, the bank added.

It stated, “The CBK therefore cautions against dealing in crypto-assets, such as Bitcoin, Ethereum, Dogecoin, etc. Such dealings come at a high risk and with an array of negative consequences for dealers in view of the nature of these assets and the high fluctuation in their prices.”

As with many other banking regulators, the CBK believes that digital currencies pose a threat to the global financial system. This is because “the transactions can be carried out through illegal/bogus wallets or organizations, which could lead and direct individuals’ funds beyond the guarantees of official trading protocols/guidelines.”

Digital currencies allow for anonymity, giving criminals an opportunity to engage in money laundering and other unauthorized transactions, according to CBK. Citing the Bank for International Settlements, the central bank added that digital currency platforms are also difficult to supervise and are prone to cyber-attacks.

The regulator has been working with local banks to take adequate measures to create customer awareness on the risks associated with digital currencies. It has also worked with other agencies beyond the banking industry to increase public awareness as well.

While Kuwait urges caution, other Middle Eastern nations have wholly embraced digital currencies. The UAE has been among the leaders in adoption. On Monday, the Dubai Multi Commodities Centre announced the launch of the DMCC Crypto Centre. This is an ecosystem seeking to promote the growth of businesses that operate in the digital currency and blockchain sectors.