Lacoste Is Embracing Web3 With an Iconic NFT Collection 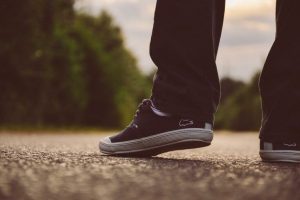 According to a report by The Block, the French fashion brand has released an NFT collection in a bid to move towards Web3 adoption and generate greater online engagement. Lacoste, which also launched a Discord server earlier in the month, hopes the move to modernize will appeal to a broader customer base.

The report claims the collection includes 11,212 NFTs, a reference to the Lacoste Classic Fit L.12.12 Polo Shirt. Each piece of the collection has been priced at 0.08 ETH.

The Block’s report also mentioned that in its press release Lacoste indicated that owning a piece of the collection enabled customers to be a part of a “long-term collaborative community”.

The press release went on to say:

Collectors will be able to access a pioneering ecosystem and digital, physical, and experiential benefits in the world of the crocodile, such as co-created products exclusively for them.

As noted by The Block, Lacoste’s push into the NFT space follows on the heels of other popular companies such as Gucci, Tag Heuer and Off White embracing crypto services, including accepting crypto as a form of payment.

Txampi Diz, chief marketing officer at high-end fashion maker Balmain, recently said that the company views Web3 like the emergence of social media and e-commerce 10 and 20 years ago, respectively. He indicated a need to build into the Web3 space and said that it should be a priority in global market strategy for every brand.

Featured Image by “StockSnap” via Pixabay.com