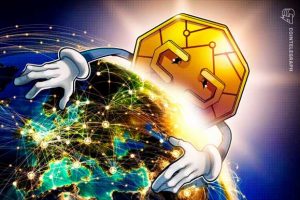 Gabriel Silva, a Panamanian congressman, is moving to follow in El Salvador’s footsteps by proposing legislation to adopt Bitcoin and other cryptocurrencies on a national scale.

El Salvador’s president, Nayib Bukele announced during the Miami Bitcoin conference on June 6, that he will submit a bill to lawmakers demanding that Bitcoin be made legal tender.

In a June 8 tweet, Silva emphasized the significance of Panama not being left behind by Bukele’s progressive crypto plans, which also includes removing capital gains tax on Bitcoin in El Salvador. According to a rough translation, Silva asserted:

“This is important. And Panama cannot be left behind. If we want to be a true technology and entrepreneurship hub, we have to support cryptocurrencies.”

“We will be preparing a proposal to present at the Assembly. If you are interested in building it, you can contact me,” he added.

Bukele’s announcement has prompted similar moves from other politicians across Latin America, however, few concrete policy proposals have been announced.

On June 7, Paraguayan congressman, Carlitos Rejala, tweeted “El Salvador to the Moon” and uploaded a picture of himself with laser eyes — a popular crypto meme used to express Bitcoin maximalism on crypto Twitter.

Earlier today, the crypto community had turned their attention to Brazilian politician, Fábio Ostermann, who similarly posted a picture of himself with laser eyes accompanied by the hashtag “#lasereyestill100k.”

Despite positive sentiment on social media regarding the apparent bullishness of Latin American lawmakers, the price of Bitcoin has continued to decline.