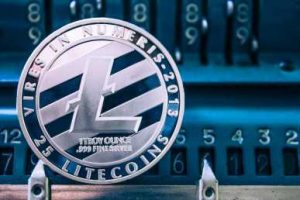 After years of working on the MimbleWimble (MWEB) implementation for Litecoin (LTC), MWEB has officially been activated. The information has been released and published by the Litecoin Foundation on their official website on May 20th. MimbleWimble will allow Litecoin users to send and receive LTC without sharing private information with third parties. Therefore, Litecoin becomes the largest privacy-hanced virtual currency in the market.

The Litecoin network has been upgraded to implement the MibleWimble upgrade as a soft fork. This was an initiative that started thanks to Charlie Lee, Litecoin’s founder, in 2019. At that time, he claimed that fungibility was the only property of sound money that was missing from both Bitcoin (BTC) and Litecoin.

As he explained back then, the scaling debate was already left behind and the goal was to focus on privacy features that would enhance Bitcoin and Litecoin’s fungibility. As he said, he was focused on making Litecoin more fungible by adding Confidential Transactions. After all these years, the Litecoin Foundation worked with Grin developer David Burkett in order to move this initiative forward.

But what is MimbleWimble? This is a network improvement that enhances confidentiality when sending and receiving a transaction. This implementation works with extension blocks, which makes it easy for Litecoin holders to send coins to the extension block and send them back to the main chain.

Thanks to this improvement, it is now possible to send funds without sharing the information about the amount of LTC sent. Only the sender and the receiver will know the LTC that has been moved. Additionally, as per the official statement, there will be a benefit in terms of increasing Litecoin’s transaction throughput. This is possible thanks to private addresses on the network.

The MimbleWimble implementation on top of Litecoin is expected to have a very positive impact in terms of privacy. The official statement reads as follows:

“In today’s crypto environment, most blockchains are openly analyzable, allowing one to see which address is sending to which and how much money is being sent. […] Not even the existing banking system holds this level of public exhibition, as it would be detrimental for business’ to display this information which is typically kept private for ethical concerns.”

Therefore, we see that MimbleWimble is expected to change the way in which Litecoin works and how people take care of their privacy. It is also worth taking into consideration that Litecoin could also be helping Bitcoin in terms of testing new solutions and implementations. Due to Liteocin’s similarities to Bitcoin’s blockchain network, Litecoin has been used as a testnet to implement changes on Bitcoin. One of the things that were tested on Litecoin before implementing it on top of Bitcoin was Segregated Witness (SegWit). SegWit made Bitcoin transactions lighter, increasing the throughput of the whole Bitcoin network.

This does not mean, however, that MimbleWimble and Confidential Transactions would be taken to Bitcoin. Nonetheless, this is definitely positive for the whole crypto ecosystem.