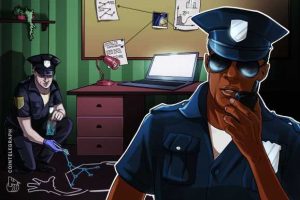 Prosecutors with the United States attorney’s office in the Manhattan district of New York have reportedly begun investigating the fall of crypto exchange FTX.

According to a Nov. 14 report from Reuters, a source with knowledge of the investigations said authorities in New York were looking into the collapse of the major crypto exchange following FTX declaring bankruptcy on Nov. 11. The report followed news the state of California’s Department of Financial Protection and Innovation announced it would be investigating the “apparent failure” of FTX.

The ongoing saga with FTX may be shifting to the regulatory and legal implications of a major crypto exchange collapsing. Rumors have circulated around social media platforms and news outlets concerning the firm as well as former CEO Sam Bankman-Fried.

Cointelegraph reported that as of Nov. 12, the FTX co-founder was “under supervision” in the Bahamas — where many FTX staff were based. The country’s securities regulator also ordered FTX’s assets frozen on Nov. 10, and the exchange was reportedly under investigation for criminal misconduct over its insolvency.

Bankman-Fried, also known as SBF, has lost his status as a billionaire following the controversy, with many reports suggesting the former FTX CEO’s net worth may have fallen more than 90%. Amid the exchange’s liquidity crisis and bankruptcy filing, SBF has apologized more than once on Twitter, saying he “should have done better” in providing transparency on the situation.

Cointelegraph reached out to the Manhattan District Attorney’s Office but did not receive a response at the time of publication.