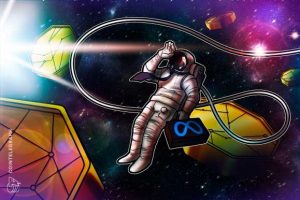 According to a Meta newsroom post updated on Thursday, the Mark Zuckerberg-led company has begun its nonfungible token (NFT) expansion across 100 countries in Africa, Asia-Pacific, the Middle East, and the Americas. This includes adding support for wallet connections with Coinbase Wallet and Dapper, as well as the ability to post digital collectibles minted on the Flow blockchain. The initial rollout targets the popular social media app Instagram.

One needs to simply connect their digital wallet to Instagram to post an NFT, the company said in its updated post. Third-party wallet integrations with Rainbow, MetaMask, Trust Wallet, Coinbase Wallet, and Dapper Wallet are either complete as of Thursday or are coming soon. Supported blockchains at this time include Ethereum, Polygon and Flow. There are no fees associated with posting or sharing a digital collectible on Instagram.

Along with the metaverse, digital assets appear to become one of Meta’s core components for expansion. During the second quarter of 2022, the company’s revenue fell 1% year over year to $28.8 billion while its operating income decreased by 32% to $8.36 billion in the same period. CEO Mark Zuckerberg said he was unfazed by the whopping $2.8 billion loss in the company’s Metaverse division, and that instead there was an opportunity to make “hundreds of billions,” or even “trillions,” of dollars as the sector matures.