Home » Crypto » Michael Saylor on the FTX fiasco: 'Unethical and illegal from the very beginning' 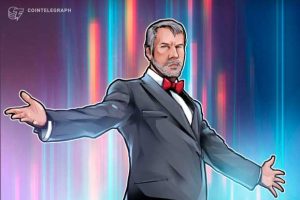 In a recent interview Michael Saylor, the MicroStrategy executive chairman and major Bitcoin (BTC) bull, shared his perspective on the fall of the FTX empire.

Saylor said that for years there has been a low-grade “boiling Guerrilla war” between the BTC community opposite the crypto community over industry practices such as, what he repeatedly calls, “shitcoinery.”

In Saylor’s perspective, Sam Bankman-Fried was “the poster child” of the latter.

“There is something ethically broken about being able to issue your own unregistered security. Sam and most of the people in the crypto world were always guilty of the sin of shitcoinery.”

He attributes such behavior to his perceptions of the crypto community’s inherent problems, which are greed, arrogance and foolishness.

From there, Saylor forayed into what he calls “the diabolical twist” in the FTX story, which entailed SBF generating billions off of air tokens and issuing himself billion-dollar loans off of user funds.

While many have debunked the story of SBF and his mismanagement of funds, the community on Reddit applauded Saylor for his clear explanation of the situation, along with a straightforward comparison of BTC.

One user wrote that although they don’t care for Saylor otherwise, his explanation was one of “the best in the entire space.”

This was not Saylor’s first comment surrounding the FTX scandal. In the early days of the unraveling, he was one of the first, along with Binance CEO Changpeng Zhao, to urge the community to practice self-custody.

The entire crypto community awaits the Dec. 13 hearing, which will investigate the collapse of the exchange. According to the committee leading the hearing, they expect SBF and associated individuals to appear in court to testify on this date.