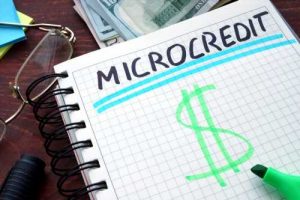 MicroStrategy has established itself as one of bitcoin’s biggest fans in recent months.

The company was one of the first institutional players to come out publicly and support the world’s primary digital currency by market cap through a purchase of more than $250 million worth of the asset last August. Things didn’t quite stop there, however, as the company felt this wasn’t enough and engaged in another buy of the cryptocurrency just a few months later that brought its bitcoin ownership level beyond $400 million.

From there, it engaged in a third purchase and later announced that it was looking to sell other assets – including convertible debt – so that it could get the funds necessary to purchase even more BTC down the line. After everything was said and done, MicroStrategy had garnered more than $3 billion worth of the digital currency.

For most firms, it could probably be argued that this was a good place to stop, yet MicroStrategy clearly feels differently as having sold some of its debt, the enterprise has purchased more than $1 billion more in BTC. Clearly, MicroStrategy is quite passionate about the world’s primary digital asset, and its looking to garner all it can within a specific window. This recent purchase saw the company add more than 19,400 more bitcoins to its stash.

It is estimated that MicroStrategy purchased the asset at a price of around $52,000, meaning the currency had fallen somewhat from its $56,000 price earlier in the week. Thus, as bitcoin is currently trading for around $49,000 per unit, it can be said that the company has already lost money on this purchase. However, this was also the case in August as at that time, the bitcoin MicroStrategy had bought was going for around $12,000.

A month later, BTC fell to just over $10,000 per unit, meaning that within weeks MicroStrategy had lost quite a bit, though things ultimately picked back up in October and the company never lost its faith. Perhaps this time around will be no different.

In addition, it appears many investors and shareholders of MicroStrategy were approving of the recent purchase, as shares in the company rose by more than five percent to about $730 each. Stock in MicroStrategy has more than quadrupled in the past six months alone, suggesting that these bitcoin purchases really have company players excited.

The company remains focused on our two corporate strategies of growing our enterprise analytics software business and acquiring and holding bitcoin. Our belief is that bitcoin, as the world’s most widely adopted cryptocurrency, can serve as a dependable store of value.

Overall, MicroStrategy is believed to own more than 90,500 bitcoin units. Together, they are worth a whopping $4.5 billion at press time.