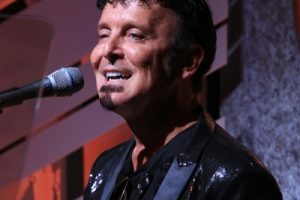 Back once again with a sure-fire hit, David Longoria has mined the deep depths of his musical career to deliver an effervescent and addictive single titled ‘Bitcoin Billionaire’. With over one hundred thousand plays a month on Spotify alone, David has created yet another song which will reaffirm his status as a multi-dimensional artist adored by a continually evolving fan base.

Known for his exquisite trumpet playing, ‘Bitcoin Billionaire’ ensures David’s ongoing Billboard Chart success as he has a humorous swipe at crypto traders. Normally migrating between the worlds of jazz and pure unadulterated pop music, David has produced another song that has its basis in the big band era but which has been supercharged for today’s world.

His vocals compliment a classy arrangement that hits all the high points as he delivers a tongue in cheek critique of people that are out of touch with reality. His horn blowing is next level and the sound is a throwback to the glamor days of yesteryear. ‘Bitcoin Billionaire’ is yet another example of how David can fuse together elements of diverse musical genres and create music that will appeal to people from all walks of life.

Brilliantly orchestrated, humorous, energetic and highly polished, David is delivering on all the promises he has ever made in a career that has spanned over two decades. Celebrating life through parody and music, he is once again leading us to a world of new musical horizons with fun on his mind and music in his soul.

David’s recent collaboration with pop dance singer April Diamond and the Powerhouse Show Choir, was their remake of the 1970’s classic “I Got The Music In Me” which resulted in a greatly successful 5 weeks at #1 on New Music Weekly’s Pop and Adult Contemporary charts for radio play this summer after 23 weeks on the charts.