Home » Crypto » Musk Has Lost a Lot of BTC, but He Probably Only Has Himself to Blame 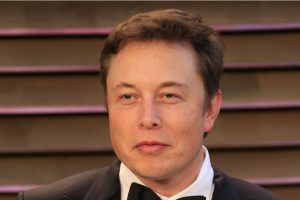 In a public filing last Tuesday, electric car company Tesla and its CEO – South African entrepreneur Elon Musk – revealed that they have lost more than $1 billion in bitcoin.

Musk and Tesla’s BTC Stash Has Gone Down the Tubes

The company’s balance sheet grew by approximately $1.5 billion in BTC last February, and within two months, bitcoin had reached a new all-time high, jumping from the low $50,000 range to about $64,000 per unit. However, things took an ugly turn from there, and many advisors and traders alike blame Musk himself for the negative behavior bitcoin eventually took on.

About a month after bitcoin hit its new $60,000+ high, the currency began to engage in several slumps that ultimately took it down below the $30,000 mark as recently as a few weeks ago. Things started off rough when Musk retracted a statement that he made a month before that his company Tesla would begin accepting bitcoin payments for goods and services.

This was initially made null and void by Musk’s newfound attitude that bitcoin mining was somehow dangerous for Earth’s environment, and that anybody taking part in the procedure should be required to somehow lower their carbon emissions and keep their projects more cost efficient. He stated that given the strain mining put on the planet’s atmosphere, he was in no position to engage in BTC transactions through Tesla, and thus the idea of buying a new electric vehicle with the world’s number one digital currency became a fantasy once again.

Many people reacted negatively to the news, especially after bitcoin’s price began to drop heavily. Everyone who had money invested in BTC at the time likely experienced heavy losses, but it appears Musk is arguably one of the figures to have been hurt the most.

When Musk purchased bitcoin, it was already trading at an extremely high number. Thus, room to grow was already somewhat limited. However, his investment still rose by approximately $1 billion from one month to the next, but it looks like all that profit is now gone, meaning Musk’s stash through Tesla has dropped by about 40 percent at press time, and despite several months going by, the man has no more BTC than what he started with.

Time to Watch What You Say

And what’s worse is that given the circumstances, Musk probably doesn’t have anyone but himself to blame. One should know by now that the entrepreneur isn’t known for controlling himself on Twitter or other forms of social media. Musk arguably has a history reacting quickly and spewing out whatever’s in his brain, whether its positive or negative, and not thinking about the consequences until later.

He also certainly didn’t make things better when he hinted that he was looking to potentially part with his personal stash of BTC, swelling more speculation online and leading to further drops.