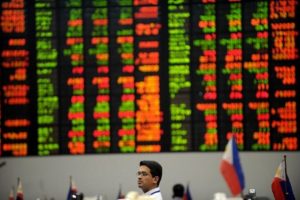 One of the big rumors surrounding both the stock market and the bitcoin space is that they are correlated. That they follow each other and wherever one goes, the other is likely to follow suit. A new study has emerged claiming that this is not a rumor, but rather the truth.

Bitcoin and Stocks Are Closely Tied

The study was performed by analysts with DBS, a Singapore-based bank. The individuals in charge of the study were Taimur Baig – an economist – and Chang Wei Liang, a macro strategist. They have been watching and analyzing the S&P 500 and bitcoin since November of last year, constituting a six-month period of keeping a close eye on both markets. During this time, they found that both spaces tended to move in similar directions, and that the correlation was positive during much of this time.

The report they produced says:

The upshot is that bitcoin is no longer the fringe asset that it once was, given the higher correlations and increased U.S. equity volatility that trail extreme moves in bitcoin markets.

One of the most unique portions of the study was an examination of whether bitcoin’s big and abrasive moves ultimately caused the stock market to experience similar fluctuations. It was concluded that whenever bitcoin rose or fell by an extreme amount, heavy volatility was often witnessed in the stock market over the following days. Thus, if bitcoin were to rise or fall by ten percent for example, the S&P 500 would experience a jump or drop of about the same amount.

While the news is good and suggests bitcoin is a solid and growing financial space, there was trouble brewing in that bitcoin has been under high pressure over the past several weeks, having dropped from its recent all-time high of about $64,000 per unit to about $38,000 at press time. This drop has affected other financial tools including tech stocks, and overall, weaknesses are appearing in equity markets.

For a few days at least, it felt we had a cryptocurrency tail wagging the financial markets dog. Bitcoin fell around $13,000 last Wednesday to officially drop more than 50 percent in just a little over a month.

Some Things to Watch Out For

Baig and Wei Liang are now warning investors that they would be smart to keep their eyes and ears open when it comes to bitcoin maneuvers and take any signs of upcoming risk seriously. They explained:

Given the recent bitcoin stresses, market participants may be wise to keep an eye on developments in this space as part of risk and sentiment monitoring.

There is some good news as of late in that while the S&P and the Dow Jones have ultimately been affected by bitcoin’s recent behavior, they are still somewhat close to their most recent highs.