Owen Lau: Bitcoin and Coinbase Stock Should Not Travel Hand in Hand 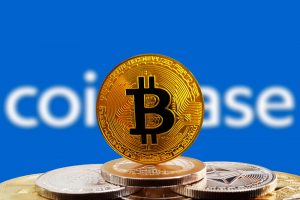 Bitcoin and the cryptocurrency space have fallen hard in recent weeks, but according to Oppenheimer analyst Owen Lau, these moves should not be affecting Coinbase stock, and the exchange’s public listing does not deserve to get swept under the bus.

Coinbase Should Not Be Associated with BTC’s Drops

Coinbase made its public debut on the Nasdaq in mid-April. At first, things started out great. Stock shares in the exchange began at more than $300 each, while bitcoin ultimately reached a new all-time high of approximately $64,000 per unit. However, a few weeks later, things began to really turn sour and just over a month after the debut, bitcoin was trading for nearly half its previous figure.

Coinbase, as well, saw itself suffering, with shares dropping into the low $200 range. Apparently, people’s interest in the crypto trading platform only lasted about five minutes or so. According to Lau, Coinbase should not get caught up in the crypto winter that is going on at the time of writing. He states:

For the most part, Lau thinks things will go very smoothly for Coinbase and he sees the stock rising as high as $440 within the next year. He is basing his ideas on several elements, including Coinbase boasting higher revenue for the second quarter of 2021, which could require Wall Street to raise its standards for the exchange.

In addition, he commented that the fears surrounding Coinbase’s recent cutting of its fees are “overblown” and will eventually become small in people’s minds. Continuing his statement, Lau said:

Looking ahead, we believe management will continue to strategically increase contributions from 1) recurring revenue (e.g., the Coinbase Earn campaign, staking and M&A) and 2) altcoins. Coinbase indicated ~40 percent of its trading volume in Q1 came from altcoins, materially lower than peers (e.g., ~85 percent of spread revenue from Voyager). After adding Dogecoin, Polkadot and others, Coinbase should gradually reduce its reliance on bitcoin. We continue to see a sharp dislocation between Coinbase’s fundamentals and its valuation and believe the current price offers an attractive entry point for long-term investors.

A Huge Boom in Profits

Revenue for Coinbase over the last three months has exploded according to CFO Alesia Haas. In a recent interview, Haas explained:

Crypto is volatile, and we must remember that this is a really young industry and a very nascent asset class. So, while we have seen a lot of volatility, we have been dealing with this since the very beginning, and the momentum that we are seeing is continuing.