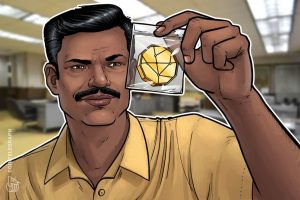 Pakistan‘s Federal Investigation Agency (FIA) reportedly issued a formal notice to crypto exchange Binance in an effort to identify links around a multi-million crypto scam in the region.

The government of Pakistan started a criminal investigation after receiving numerous complaints against an ongoing scam that involved misleading investors into sending funds from Binance wallets to unknown third-party wallets. According to local coverage, the FIA’s Cyber Crime Wing has issued an order of attendance to Binance Pakistan’s general manager Hamza Khan to identify the exchange’s link to “fraudulent online investment mobile applications.”

“A relevant questionnaire has also been sent to Binance Headquarters Cayman Islands and Binance US to explain the same,” read the notice. The investment frauds in Pakistan were carried out by asking users to register on Binance and transfer funds to third-party wallets under the pretext of unrealistic returns. According to the FIA notice:

“These schemes benefit old clients at the cost of new clients and ultimately disappear when they have made substantial capital base worth billions of rupees.”

In addition to directing users to sign up on Binance to transfer the funds, the fraudsters added the victims on a Telegram group for providing “expert betting signals.” Each application hosted around 5,000 customers on average. The notice added:

Binance has also been asked for details including official supporting documents and integration mechanism of the APIs that were used by the fraudsters to connect with Binance’s services. While the FIA has proactively blocked the bank accounts that were linked to the suspicious apps, the notice warned:

“In case of non-compliance, FIA Cyber Crime will be justified to recommend financial penalties on Binance through the State Bank of Pakistan.”

Binance has not yet responded to Cointelegraph’s request for comment.

Related: Pakistanis have $20B in crypto assets, says head of local association

In December 2021, the president of the Federation of Pakistan Chambers of Commerce and Industry (FPCCI) Nasir Hayat Magoon revealed that Pakistani citizens hold a combined crypto assets value of $20 billion.

As Cointelegraph reported, the FPCCI president confirmed the numbers based on a research paper released by the chamber. Supporting the claim, the 2021 Chainalysis Global Crypto Adoption Index ranked Pakistan the third highest in terms of index score behind Vietnam and India.