Pantera Capital on Impact of FTX Collapse on Crypto Market 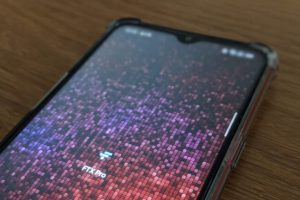 Recently, Joey Krug, Co-CIO of crypto investment firm Pantera Capital, talked about how the collapse of SBF’s FTX empire had affected his firm and the impact he expects it to have on the crypto space in the short, medium, and long term.

Krug’s comments were made as part of the November 2022 issue of the firm’s monthly newsletter (“Pantera Blockchain Letter”).

With regard to Pantera’s exposure to FTX, Krug said:

“Our approach is to aim to have little exposure to centralized counterparties in general while maintaining some flexibility to trade.  Our main risk/losses from the FTX event come from our Blockfolio acquisition proceeds, which were denominated in FTT and FTX stock.  We liquidated as much of this FTT as possible on Tuesday, November 8th.  Prior to the collapse, on Monday night, our FTX equity and FTT token positions totaled under 3% of our total firm AUM…

“We identified and reached out to portfolio teams from our universe of early-stage token and blockchain venture companies that we determined could have potentially significant counterparty or custodial exposure to FTX/Alameda.  After speaking with, or receiving an investor update, the large majority of contacted portfolio teams reported that they have little to no counterparty or custodial exposure to FTX/Alameda…

“Our initial impression is that this limited exposure is partially attributable to the proactive risk management and custody/treasury management practices that we seek out, and regularly emphasize with, our founders, but we expect the coming weeks and months will lend more insights.“

As for the impact of the FTX debacle on the crypto space, he said:

“In the short term, there will be pain for those who lost funds held on FTX’s exchange.  More broadly, we expect further price volatility across the crypto ecosystem as fears of contagion drive asset holders to adjust their portfolios.  Assets linked to FTX (Solana and projects built on it, Aptos, etc.) will likely be hit hardest.

“The episode will also probably be a setback to adoption, as some retail users who lost funds choose to leave the space, and others who may have joined sooner are scared into staying on the sidelines.  We expect institutions previously wary of the space to deepen their skepticism.  This is to be expected and, while unfortunate, not sufficiently significant to warrant alarm.  They may take longer, but we are confident they will come eventually and sooner than many expect.

“A regulatory response is likely, though we are cautiously optimistic it will yield medium- and long-term positive results.  As this crisis has made apparent, centralized intermediaries of financial transactions are opaque and often untrustworthy.  Nothing could have made more obvious the need for decentralized, trustless protocols that allow users to trade, hold, and transfer their assets without relying on entities like FTX, Celsius, or Voyager.

“As centralized intermediaries exist in the crypto space, they should – and likely will soon be – subject to stricter oversight of reserves, audits, and risk controls, especially if those intermediaries interact with retail users.  Conversely, decentralized protocols are public, open, and more transparent, and do not require users’ trust in the same way.

“We are hopeful that regulators will come to see this and shift their attention away from regulating DeFi to concentrate on regulating centralized institutions operating in the space.“

In September, Lauren Stephanian, a Partner at Pantera Capital, shared her thoughts on some of the main issues with decentralized governance while speaking at a panel (titled “What’s Next for DeFi Governance”) at Messari’s annual conference Mainnet (September 21-23, 2022) in New York City.