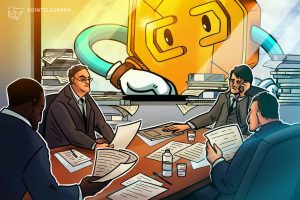 On Dec. 17, 2021, the Senate of Paraguay approved a cryptocurrency bill introduced in July. The provisions, which define several key terms including virtual assets and call for licenses to mine cryptocurrencies, will now be sent to the Deputy Chamber for further deliberation.

Senator Fernando Silva Facetti, the bill’s sponsor, revealed that it’s passed in the Paraguayan Senate after a contentious debate. According to the senator, the law also aims to foster the growth of crypto mining activities by using the surplus electricity generated in the country.

The body of the legislation includes a definition for virtual assets, tokens, cryptocurrency mining and VASPs (virtual asset service providers). It also grants the Ministry of Industry and Commerce the authority to seek assistance from government bodies outside its boundaries to implement the law.

The bill explicitly states that cryptocurrency mining is a legal activity, noting that:

“Virtual asset mining is a digital and innovative industry. This industry will benefit from all incentive mechanisms provided in national legislation.”

Paraguay reportedly produces more energy than it consumes. As a result, several firms are interested in establishing cryptocurrency mining operations there to exploit this potential surplus.

In July, Paraguayan Congressperson Carlos Rejala and Senator Fernando Silva Facetti presented a Bitcoin (BTC) bill in Congress, demonstrating the lawmakers’ commitment to crafting a comprehensive digital asset policy for their nation. The legislation has now been passed by the country’s Congress and will be discussed in the Chamber of Deputies in 2022.

Due to local economic and fiscal challenges, especially in Argentina, Venezuela, and Mexico, South America has emerged as a viable hotbed for cryptocurrency adoption. For example, as their national fiat currencies crumbled, Argentinians and Venezuelans have turned to digital alternatives like Bitcoin as a more viable payment option. Others, such as El Salvador, have taken a completely different approach, with the president encouraging the use of BTC on the people