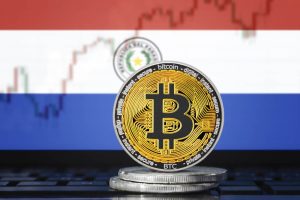 Mario Abdo Benitez – the president of Paraguay – has rejected a crypto mining bill that would have brought a certain level of regulation to an industry that has grown so popular in recent years.

The bill calls for two specific things. Number one, it asks for committees and agencies throughout the country to explore the benefits of mining to see if it could potentially be transformed into an industrial activity. This would bring it under a more centralized rooftop, ensuring it was utilized by the government and leading institutions.

Second, the bill would require all crypto miners within the country to become licensed, and thus they would have to meet certain requirements before they could extract crypto units from the blockchain. Benitez is having none of this, the main reason being because he feels that crypto mining utilizes too much electricity to be expanded into a national industry.

While this is rough to consider, it’s also good to know that there is a leader out there that realizes crypto was not necessarily meant to be regulated like a centralized platform. Cryptocurrency was brought to fruition several years ago as a means of giving users financial independence. They would not have to go through the same rigorous protocols they’re often subjected to through standard banks.

Instead, virtually anyone could buy, sell, and trade digital currencies so long as they had access to a unique wallet and the internet. From there, they could engage on a crypto journey that could bring them the independence they were likely so desperate for. This is what crypto has always been about, which makes the regulation argument that encircles it nowadays something of a catch-22.

However, there is also a downside in that Benitez appears to have fallen victim (like many people nowadays) to the notion that crypto mining uses more electricity than anyone thought imaginable. There have been multiple reports produced on this subject over the years, and there are many analysts out there that seem to think bitcoin mining utilizes more electricity than many developing countries.

Sadly, this idea has buried its way into the heads of many leading digital currency experts, Elon Musk being a big one. As the billionaire entrepreneur behind companies like Tesla and SpaceX (and a seemingly huge crypto fan), Musk announced early last year that he was going to allow bitcoin holders to purchase electric vehicles through Tesla dealerships.

This got everyone excited, but unfortunately, the hype was short-lived as just a few weeks later, Musk rescinded the decision claiming he was worried about how much energy use was going into crypto mining. Until miners were more transparent about their sources and more willing to resort to green methods, he was not going to move forward with auto based BTC transactions.